As humans, we love to compete with each other, it’s in our nature. As we evolved from being primitive so did our ways of competing and we developed many different kinds of sports.

We have invented football, basketball, wrestling….. the whole freaking set of Olympic games just to express our pathetic physical abilities.

Why am I saying pathetic? Well we, As Human Species, are not alone on this planet. If our physical capabilities are compared with all species that exist on this planet we are truly pathetic. 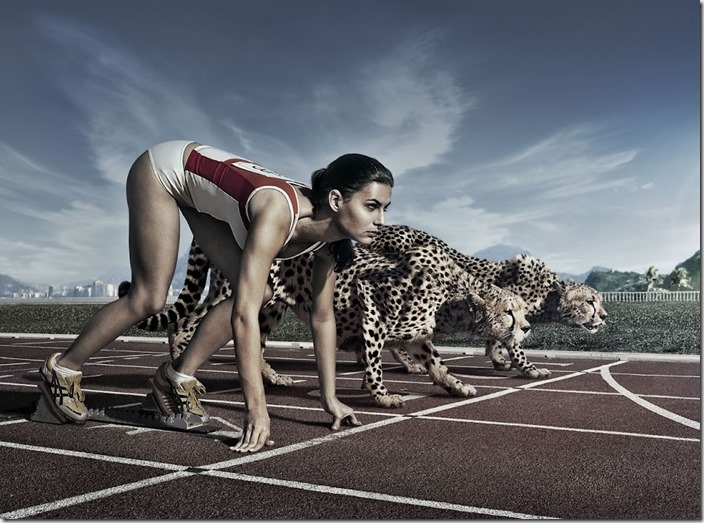 Let’s take Usain Bolt as an example. His speed is nothing less than phenomenal comparing to another human being, but if a cheetah races with him (it will probably eat him but for the sake of the argument let’s say it races him) he stands no chance with the cheetah’s 120km/h speed.

Let’s take Michael Jordan, probably the most legendary athlete ever. His performance almost made us believe that he was repealing the law of gravity and during his prime he made rival players look as if they were moving in slow motion.

But, comparing him with a regular house cat is ridiculous considering how casually young cats can jump up onto refrigerators. To match that MJ would have to do a standing jump over the backboard.

Even a dog corkscrewing through the air eight feet up to catch a Frisbee is impossible when you compare it with our human capabilities.

We are neither the fastest nor the strongest and compared to birds not even our memory capabilities are as brilliant as we thought they are.

But, when it comes to long-distance running, there is no organism on earth more suitable than the human organism. Running Benefits Us Most and we are best at it.

The Way Our Bodies are Designed 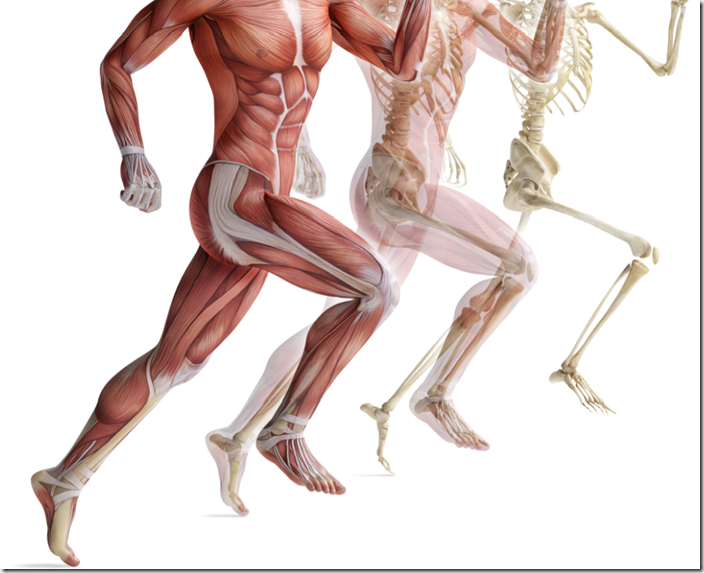 Our bodies are made in such a way that enables us to run 50 miles per day, barefoot without making a big deal out of it.

We have long striding legs with spring-ly tendons, ligaments and muscles that let us briefly store elastic energy as we come down on our feet and then recoil to help propel us forward.

We have inherited large leg and foot joints from our ancestors, which spread out high forces that must be absorbed when running and sir mix-a-lot has every right to “like big buts” because those gluteus maximus muscles help us ensure stability on two legs unlike any other animal.

Our torsos are designed to counter-rotate vs. our hips which also benefits us with higher stability.

Most animals are designed for sprinting because they are either the predator chasing the prey or the prey running away from predators. Their muscles have high percentage of fast-twitch fibers which enables them to acquire high-speed.

We, however, have a different design that is far more for endurance rather than sprinting. Our muscles have an unusually large percentage of fatigue-resistant, slow-twitch muscle fibers which helps us endure running long distances.

Be that as it may, we are best at one thing animals can dream of doing as effectively as we do. We are the best sweaters in the whole world. We can dissipate body heat faster than any other large mammal. Let me explain why this is not so lame.

A cheetah, a horse, even a dog or a cat can outrun us at first by sprinting. But, none of them can sprint very long without overheating.

Their system of cooling down involves panting and they cannot pant while sprinting because it will interfere with their respiration.

How Did We Outran The Animals ? 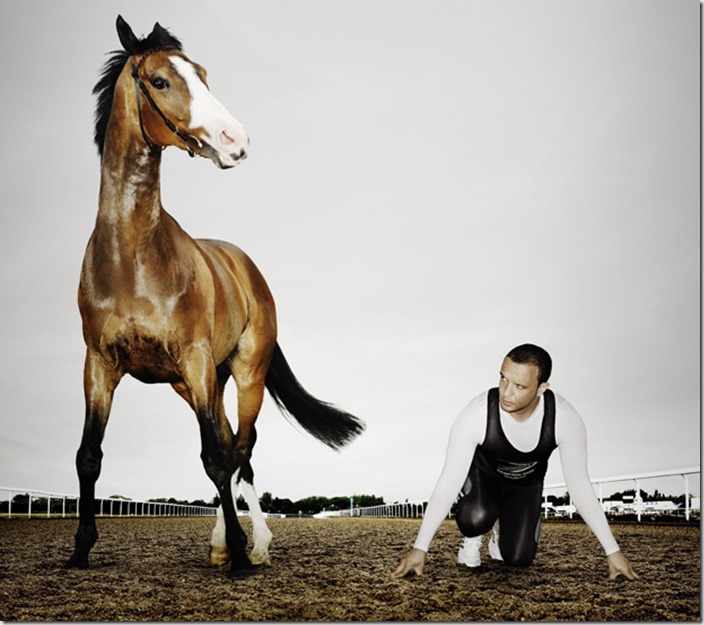 Elite human runners can sustain speeds up to 6.5 meters per second. Even treadmill joggers typically run between 3.2 and 4.2 meters per second, which means they can outrun dogs at distances greater than two kilometers.

Our peak daily distance is impossible for animals to outrun. Hunting dogs run average of 10 km per day. Wolves and hyenas run approximately 14 – 19 km per day while horses run their best of 20 km in one day.

This is almost half of what amateur marathon runners run in just a couple of hours reaching a 42,2 km distance. Even this is nothing compared to humans who run ultra marathons of 100 km.

A guy named Gordon Green gone one step too far to prove an argument with his friend that a human can outrun a horse on a long distance. He helped in the organization of The Wales marathon and in 2004 he won the argument when a British man named Huw Lobb outrun the horses and won the marathon.

How Long-Distance Running Benefitted Our Evolution ? 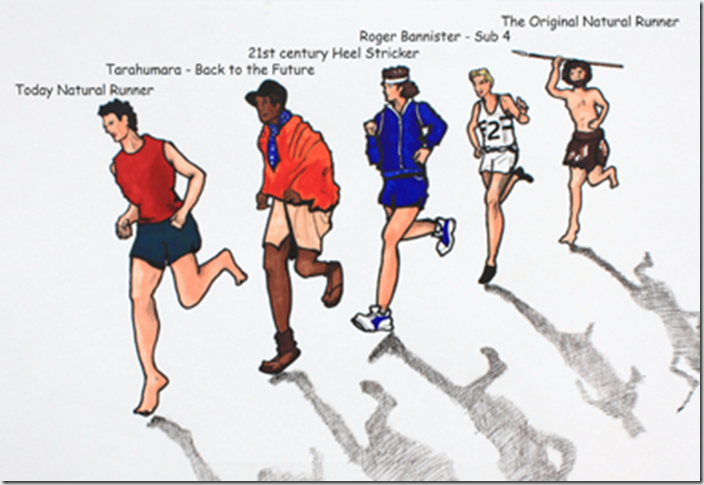 Many studies have proven that long distance running improves our brain development and memory.

Some scientists say that we have evolved this way because it was crucial for our ancestors to remember landmarks, tracking clues, location of water sources, and so on while they were running and hunting their food. Running made us smarter.

We may confidently say that we were born to run. Even natural selection gifted us with the famous “runners high” to help us develop tendency for running so we’ll be able to survive and evolve.

We Were Born to Endure 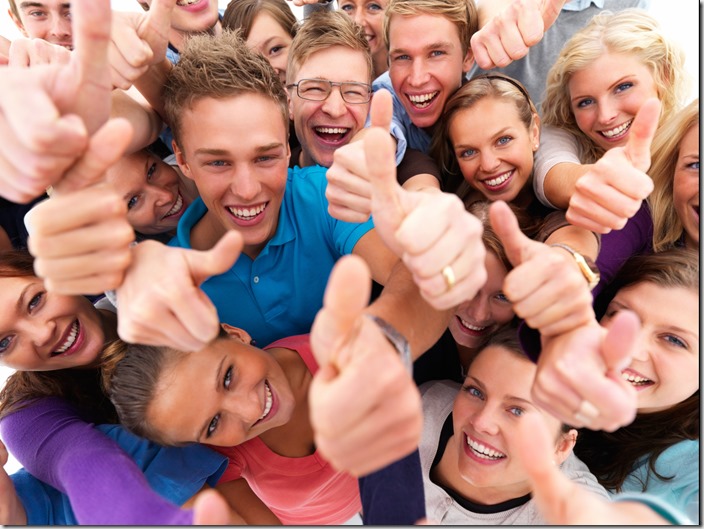 Since the beginning of time humans have endured many catastrophes, hardships and extinctions, we are a living proof of that.

The secret to how we’ve managed to survive as species for more than 200,000 years probably lies in our ability to endure, not just in a physical way but in a mental too.

We are neither the strongest nor the fastest for sure, but history proves that when we want something we can endure almost anything developing our brains in a way to help us achieve what we want.

We have never been the predators but our smarts always kept us safe from being the prey. By managing our power and using it on a long-term plan we have managed to rise up above all the species on Earth.

Our superpower is doing something for so long that when time passes we achieve things unbelievable for logic.

The Point in Running This Marathon we call life is choosing a direction and enduring the run until we get there. The only way to “Hunt” our dreams is by enduring the “run”.