In June, Facebook researchers announced the results of a 2011 study that manipulated the news feeds of nearly a million user news feeds to see how positive or negative posts affected user behavior.

This, of course, angered a lot of people as they had no idea they were a part of this Facebook experiment. 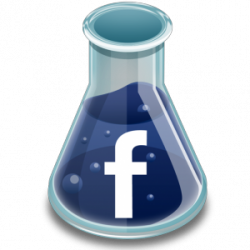 Facebook’s predictions were confirmed. The results showed that the moods displayed in the injected posts resulted in a “contagion” of that mood on the recipients’ profile.

“There are things we should have done differently.”

Let’s not all get negative here and let emotions of anger decrease our perspective.

Leaving this aside, a question arises, what was the intent of this experiment? Why did the experimenters need to see how positive or negative posts affect user behavior?

Let’s look at this objectively.

There are more than 1.3 billion Facebook users and till recent times users were looked at as numbers.

Now scientists approach Facebook users as what they truly are, humans with emotions.

Understanding how Facebook users behave depending on their emotions is a POWERFUL knowledge and only the ones possessing it can show if they’ll use it for good or bad.

Either way, it is neither fair nor ethical to do experiments on people who have never approved for experiments to be done on them.

Why is it a POWERFUL knowledge? 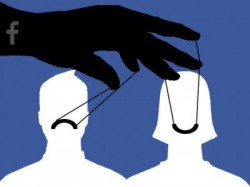 Well we all know that Facebook controls what is going into your news feed.

Imagine if they know how a unique user interacts when exposed to “negative-news feed”.

By triggering a “negative-news feed” they trigger the user’s bias behavior which is a form of POWERFUL mind control.

By pushing buttons they are pulling strings coordinating how unique users will interact.

However, this can be used for good also as the ones controlling the news feed can improve the mood of people who feel down.

Like I’ve said, the POWER of certain knowledge is neither good nor bad. However, the ones possessing the power determine what the power will be used for.