Fear makes us believe in a scary world. But, when we choose Love instead of fear we realize that we are all one.

But no matter what game is played, no matter what side we are on, we are still humans and sometimes, through hell and heaven, in the midst of chaos and disorder, humanity shines bright reminding us that we are all in this together.

These images will remind you what being a human means. They will restore your faith in humanity and probably make you shed a tear or two. 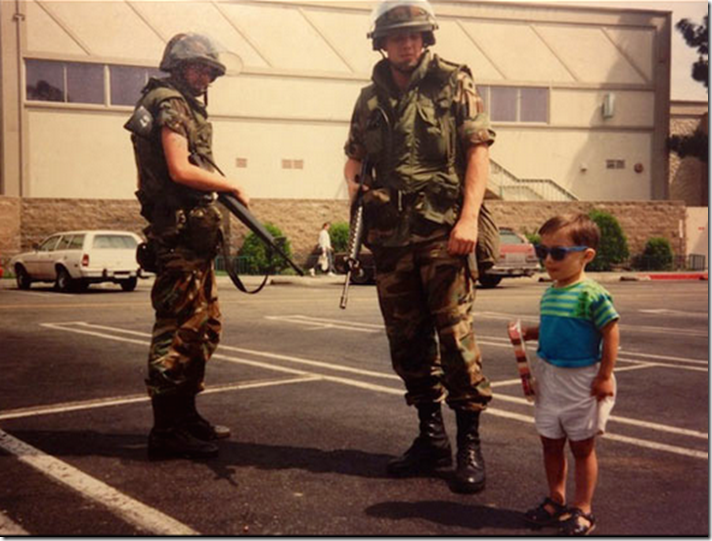 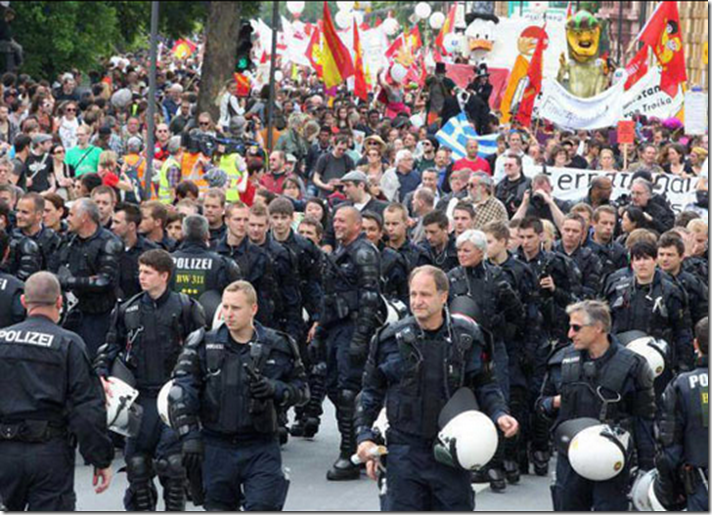 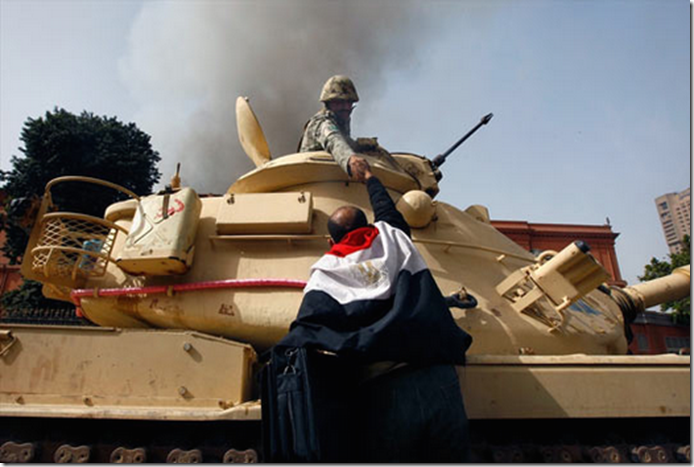 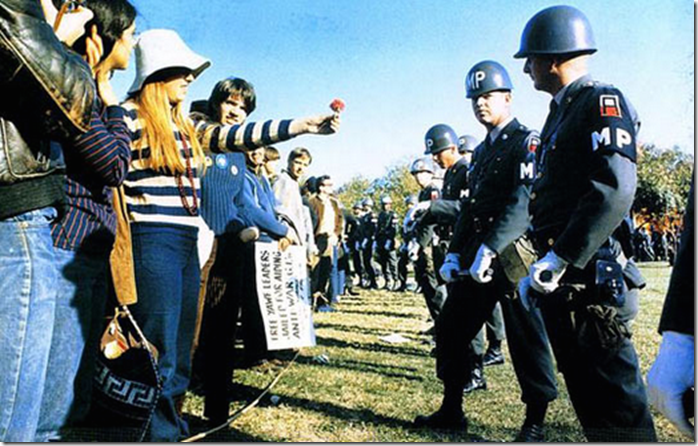 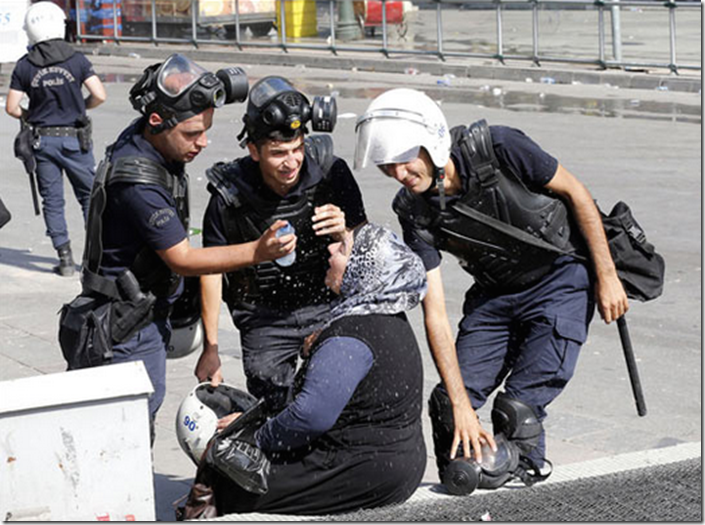 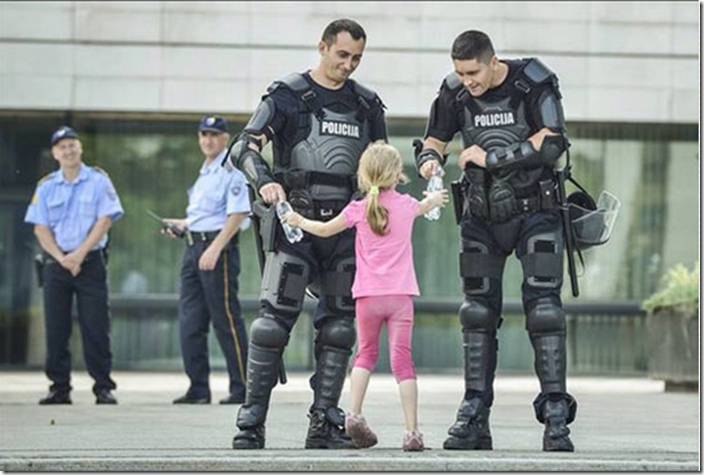 Sofia, Bulgaria, 2013 – Riot police and protesters share a cry together 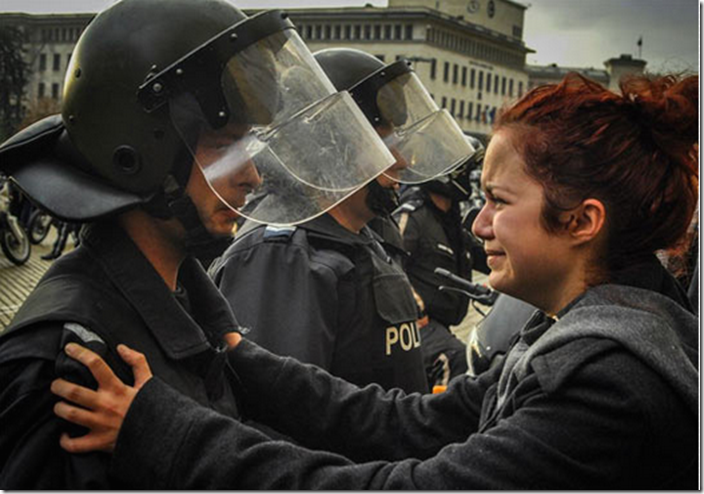 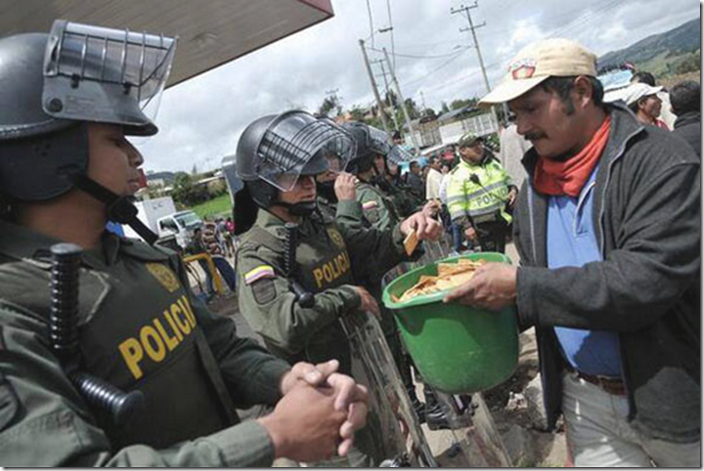 Cairo, Egypt, 2011 – Christians protecting Muslims as they pray during the revolution 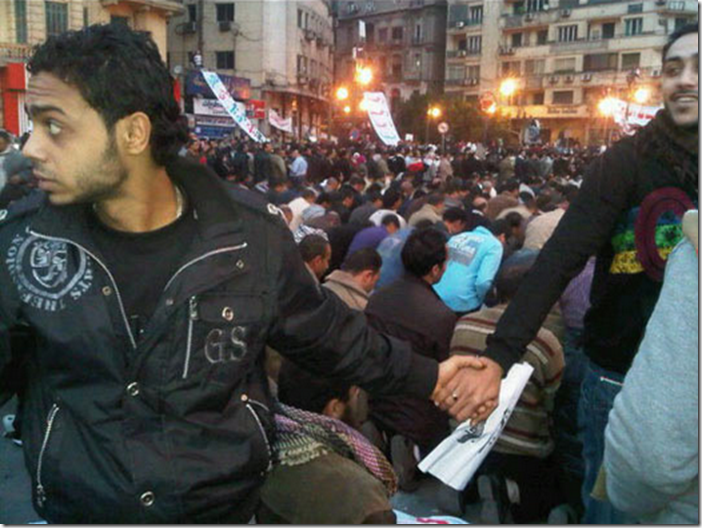 London, England, 2011 – Citizens band together to clean up the mess following London riots 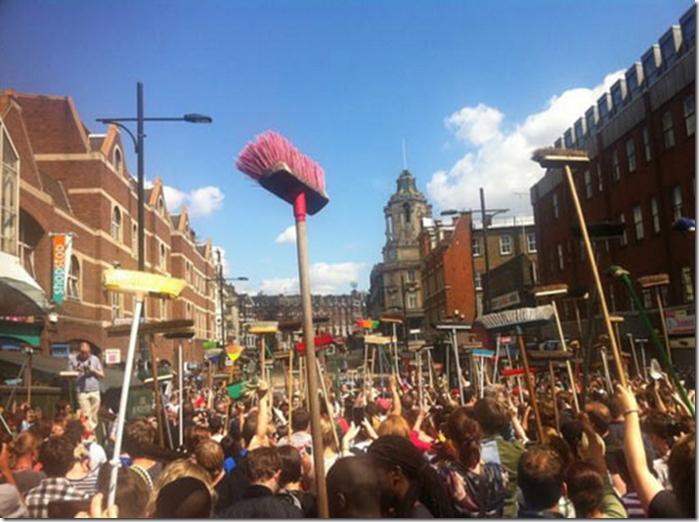 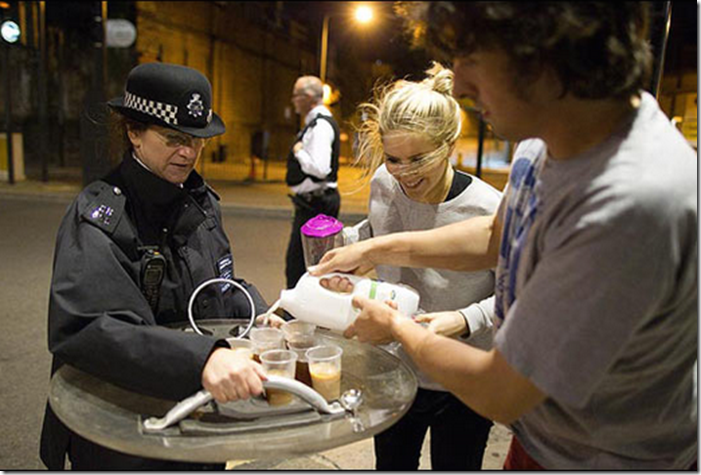 Bangkok, Thailand, 2013 – An anti-government protester offers a rose to a soldier 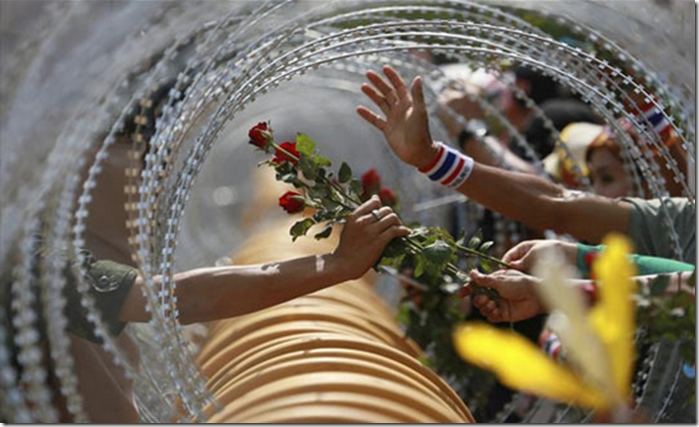 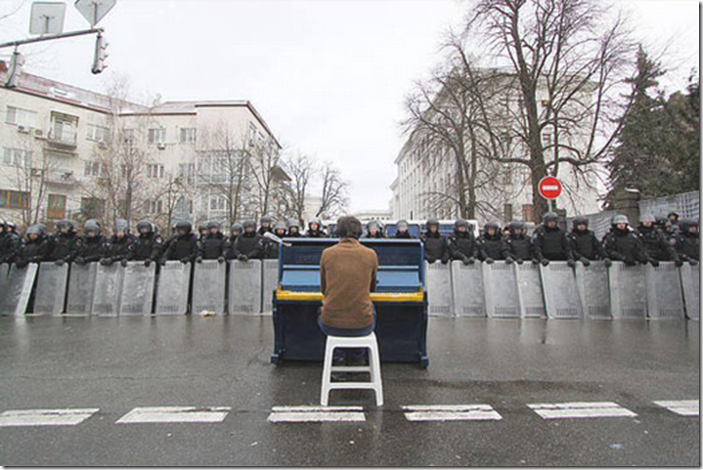 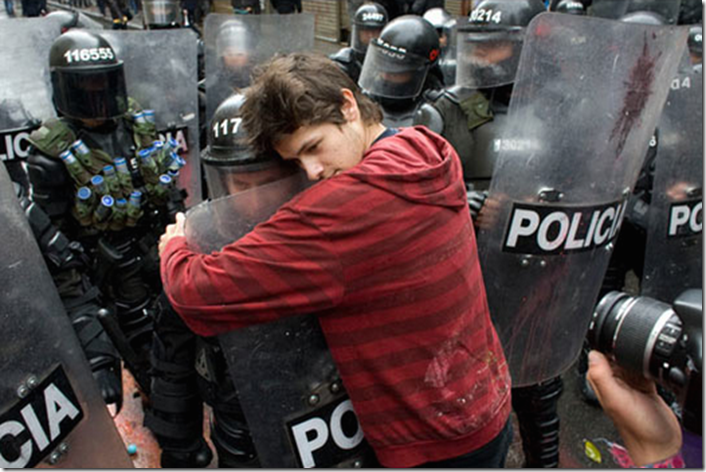 Brazil, 2013 – Protestors in Brazil bring cake to an officer for his birthday 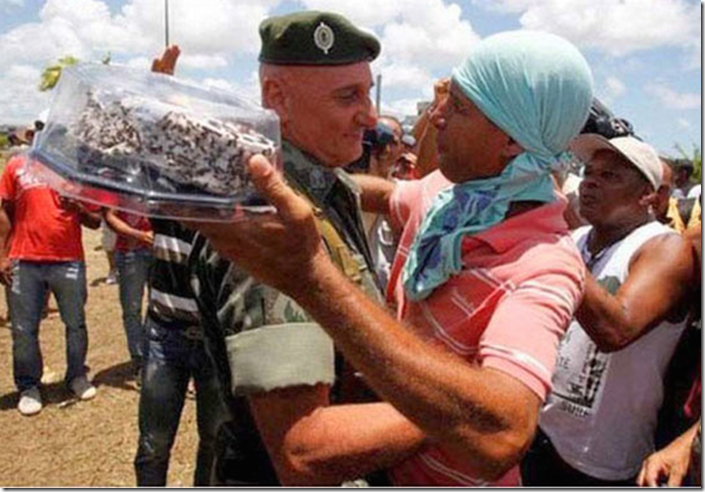 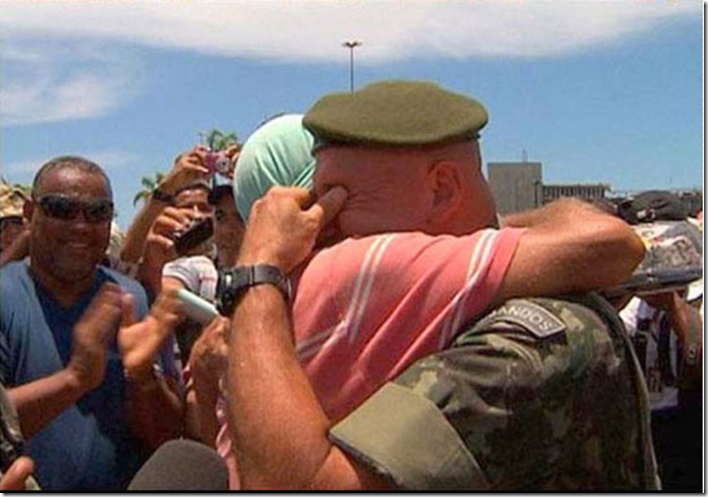 Georgia, USA, 1992 – Child touches his reflection during a KKK demonstration 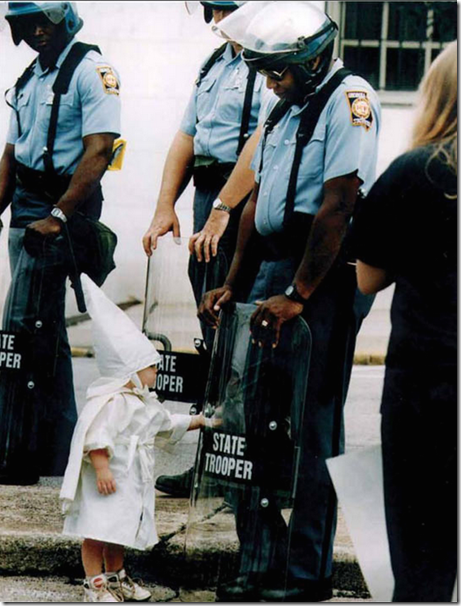 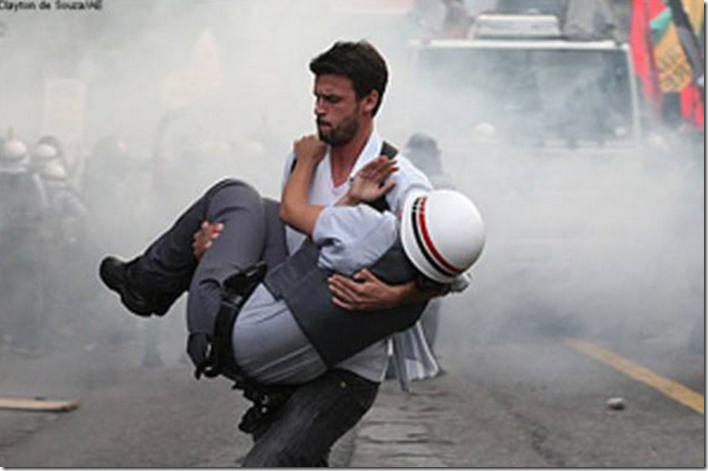 Egypt, 2011 – Egyptian woman kisses a policeman during the revolution against the Mubarak Government 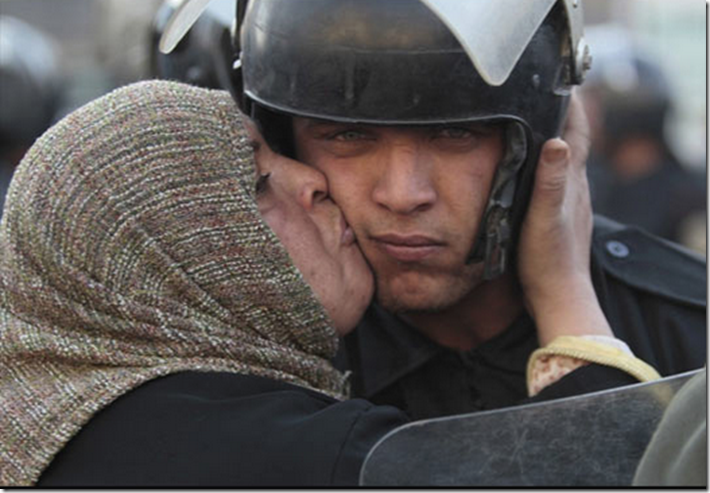 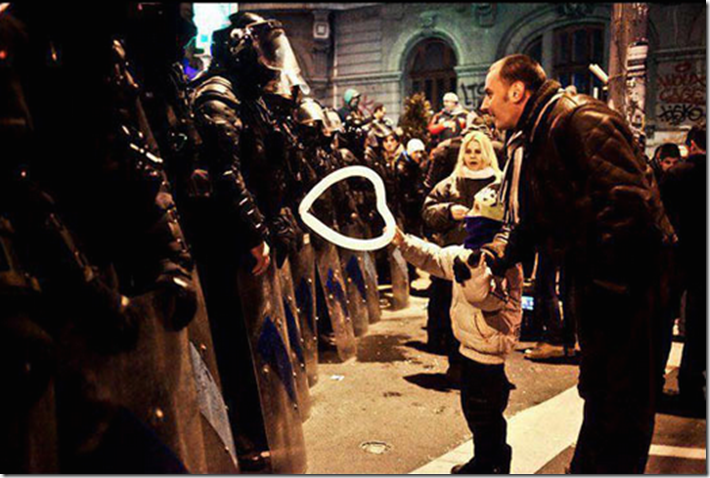 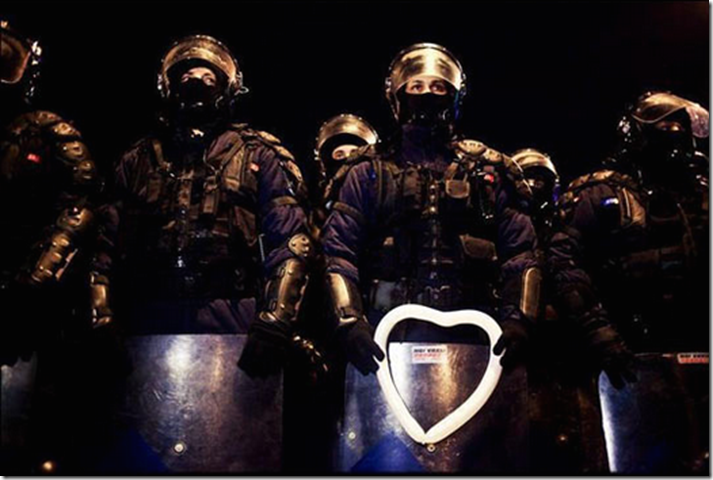 <Through the infinite Universe and eternal Time we are here and now, on this planet we call home and the only thing we have in this endless void is each other>