Words are powerful. They’re even more powerful when you use them in your inner dialogue because anything that is projected outside exists first in your mind.

In most cases, we’re unaware of how we talk to ourselves and the kind of words we use. Even if we intend to be joking, the moment we allow certain words to come out of our mouth, they have a tendency to kill our confidence subconsciously.

Our subconscious mind picks everything up including putting our self down, using dis-empowering language, disregarding compliments , and judging our self. Every thing that follows the “I am” becomes your reality.

Words like I should be doing this or I need to do that may seem small but actually create an impact on the belief you have of yourself and may take away your own sense of self-power.

How you speak influences the level of your success and the way you build your confidence. You may make things appear harder than they need to be by the type of language you use.

The use of wrong words has the power to make you feel you can’t control your life or bring you a feeling of anxiety and stress. But, there’s a right way to deal with the words that can kill your confidence. Practice them regularly until they become a part of the words you use daily.

10 Words That Destroy Your Confidence: 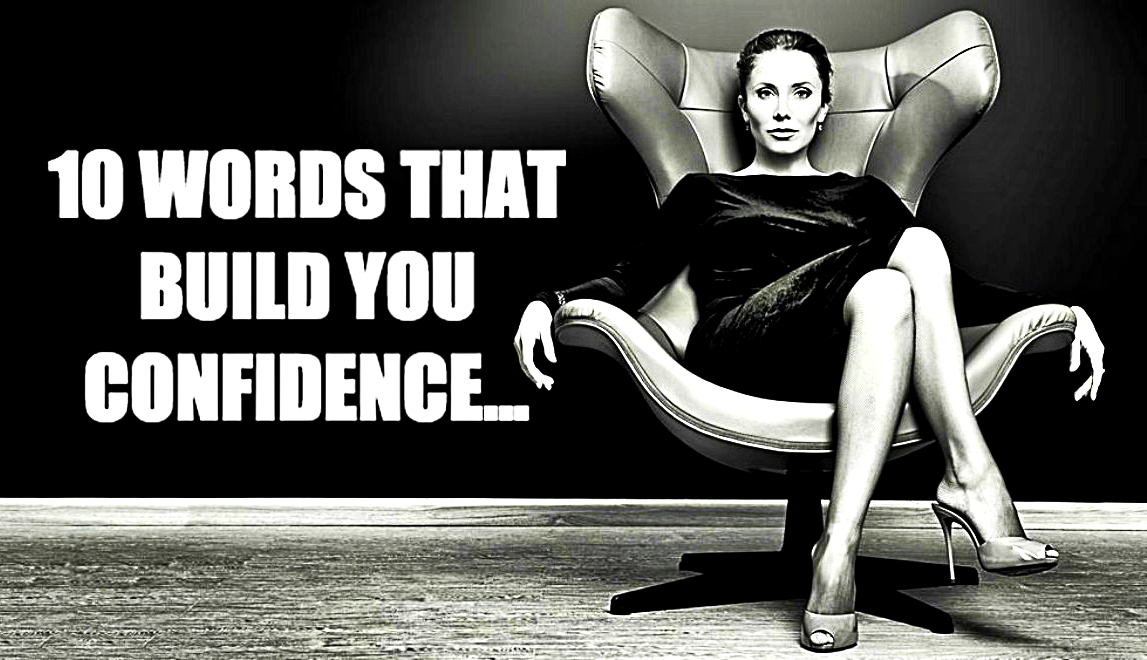 – Failure, I failed – Instead say: I tried that and it gets better each time I practice.

– I should do – Instead say: I intend to

– Got to – Instead say: I am choosing

– Never – Instead say: Anything is possible

Dropping words that you’ve been using for years might not be easy, but with constant practice you’ll finally make it.

Gaining more confidence takes effort, and if using positive affirmative language is one way of achieving it, then every thing is worth it in the end.