People rarely show their real face to others.

We all have a certain mask that we put out in front of others.

In fact, there is a Japanese saying that goes:

The first face, you show to the world.

The second face, you show to your close friends, and your family.

The third face, you never show anyone. It is the truest reflection of who you are.”

Even though most of us wear masks, some people create masks just so they can manipulate others, or use them for their personal benefit.

You must go that extra mile to prove that your intuition is right.

The following ways will help you look beyond anyone’s mask and find out who they really are:

10 Ways To Look Beyond Anyone’s Mask: 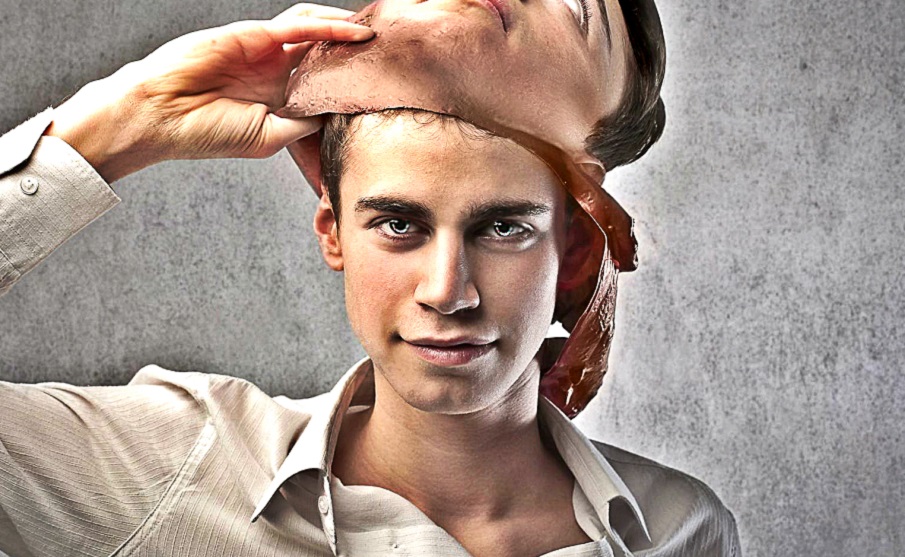 1. Find out if they walk their talk.

A lot of people tend to defend their actions. They give long narratives or accounts just to prove that they’re doing the right thing.

You may either believe in them or doubt their words. The easy way to check your doubts is to look at their actions.

Are they putting into actions what they’re saying in words?

2. How they treat others who are inferior to them.

It’s a typical human conditioning to be good with people we consider respectable. But to those whom we feel we don’t need to impress?

The way people treat others who appear “inferior” reveals their true character. Observe how this person treats waiters, cashiers, children or even animals.

It takes a great character to be good with people who seem unable to give you anything.

3. How they handle criticisms.

How does this person react when criticized?

People who have big egos tend to take criticisms personally. They feel threatened and may even lash out at you for doing so.

Open-minded people take criticisms calmly even if it was not given in a nice way. They are much aware of their imperfections and never stop improving themselves.

4. Look at their social circles.

People usually hang out with people or friends who share the same values with them.

By looking at the kind of people they associate with, you will know their values and preferences. Consider the things they have in common and look at their role in the group.

Do they strive to be the center of attention or are they content by staying at the back? You can also catch a glimpse of their character by the way they treat new friends compared to older ones.

Know also the kind of people they dislike or avoid.

The mouth can lie but the body speaks the truth.

Our bodies are wired, to tell the truth, and it often gives clues when someone is lying.

Look at how this person’s body speaks. Compare their body language when you know they speak the truth and when you don’t. If you’re able to notice subtle cues, you will gain more insight into this person’s character.

The hardest thing for the body to lie is whether or not the person has a romantic inclination towards you.

6. How they use the language.

We can take a peek into a person’s character by observing the way they use the language. Either they use it to express their genuine self or use it to manipulate someone.

Another way of finding out someone’s character is how they use the pronouns.

People who seek to impress use big words compared to others who use simple language.

7. The way they handle situations where they feel they’ve been wronged.

People who feel they have been wronged react differently. Some people admit their role in the matter while others put all the blame on someone or something else.

When asked how they went about the experience, others relate their story with anger while others blow up the rage within after a long period of holding it in.

But if this person appears calm and collected while relating about that bad experience in their lives, it means they’re already done with the issue and are not bringing any extra baggage in their life.

8. How they spend their most valuable resources.

Time and money are our most valuable possessions. How we spend it reveals our character.

What are this person’s priorities? Do they spend their money in recreation or investment for the future?

Do they spend all day watching TV or taking classes? Do they value learning new skills?

Is the person who they say they are coherent with the way they spend their most valuable possessions?

The answers to these questions will reveal if something does not appear right between the both images.

While you have to respect other people who have a different interests from you, this doesn’t mean it’s a source of conflict.

Doing things differently yet sharing the same principles is a good recipe for a great relationship.

You also don’t need to pry on their finances. You just have to make sure that you have no conflicting ideas about this matter.

9. How they take no for an answer.

People reveal more of themselves when given a “no” for an answer. When they take it with respect it’s a good sign.

But it’s a different story when they try to manipulate others to give in to their wishes. It’s a sure sign of disrespect and you wouldn’t want to be a victim to such.

10. Pay attention to your gut feeling.

If your instincts aren’t giving you peace of mind about a person, situation or anything, even though they passed through all these tests, you better listen to it.

Your intuition is your limbic brain that responds to your subconscious cues. Your mind hasn’t picked up on it yet, but beware when someone seems bad news for you.

You might probably be right and cutting them from your life earlier is the best way out.

The person might not even be bad, but your subconscious mind might have calculated that it’s bad for you right now because of a reason that is too complex for your conscious mind to calculate.