Rooted in the hearts of many Hindus is the belief that if you breathe your last breath in Kashi (Varanasi) you attain ‘the fruit of Kashi’— “release from the cycle of rebirth impelled by the law of karma”.

Kashi Labh Mukti Bhawan in Varanasi is one of the three guesthouses in the city where people check in to die. 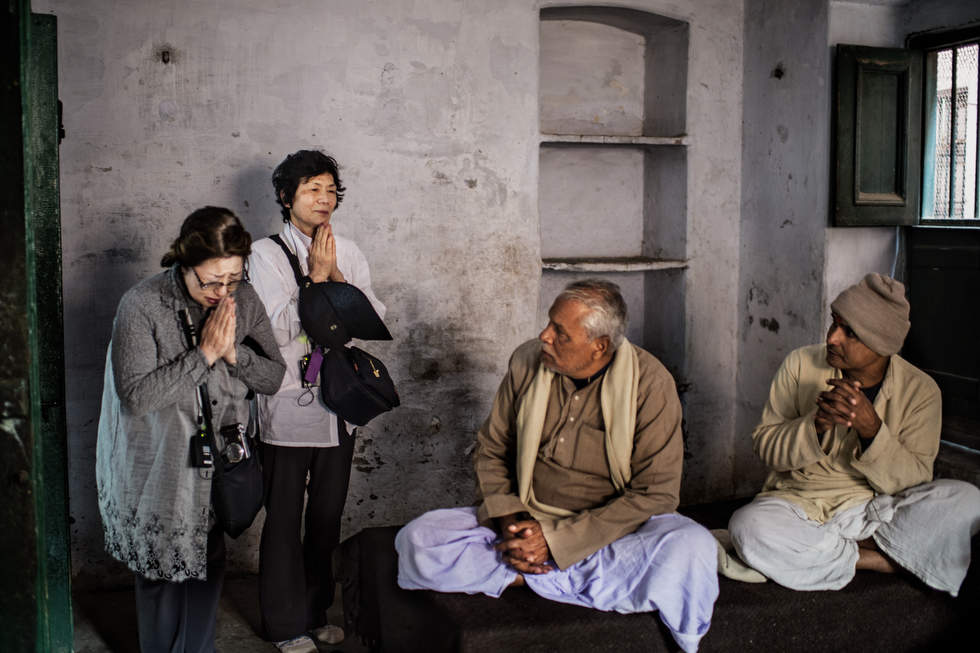 Bhairav Nath Shukla has been the Manager of Mukti Bhawan for 44 years.

He has seen the rich and the poor take refuge in the guesthouse in their final days as they await death and hope to find peace. 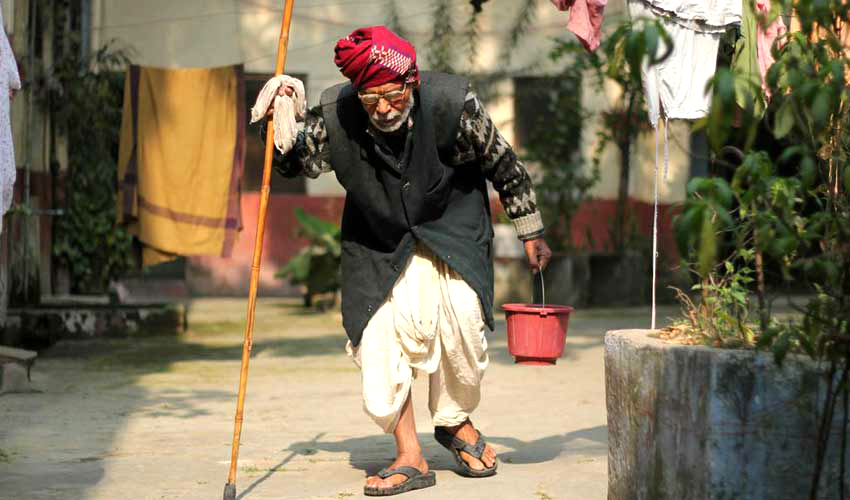 Bhairav hopes with and for them. He sits on the wooden bench in the courtyard, against the red brick wall and hears the lessons and regrets of these people.

Bhairav shared 12 recurring life lessons from the 12000 deaths he has witnessed in his experience as the manager of Mukti Bhawan:

1. Resolve all conflicts before you go

Bhairav recounts the story of Shri Ram Sagar Mishr, a Sanskrit scholar of his times.

Mishr was the eldest of six brothers and was closest to the youngest one. Years ago an ugly argument between the two brothers led to a wall to partition the house.

In his final days, Mishr walked to the guesthouse. He was sure he will pass away on the 16th day from his arrival.

On the 14th day he said, “Ask my estranged brother of 40 years to come see me. This bitterness makes my heart heavy. I am anxious to resolve every conflict.”

A letter was sent out. On the 16th day when the youngest brother arrived, Mishr held his hand and asked to bring down the wall dividing the house. He asked his brother for forgiveness. Both brothers wept and mid sentence, Mishr stopped speaking. His face became calm. He was gone in a moment.

Bhairav has seen this story replay in many forms over the years. “People carry so much baggage, unnecessarily, all through their life only wanting to drop it at the very end of their journey. The trick lies not in not having conflicts but in resolving them as soon as one can,” says Bhairav.

2. Simplicity is the truth of life

“People stop eating indulgent food when they know they are going to go. The understanding that dawns on many people in their final days is that they should’ve lived a simple life. They regret that the most,” says Bhairav.

A simple life, as he explains, can be attained by spending less. We spend more to accumulate more and thus create more need.

To find contentment in less is the secret to having more.

Bhairav has seen that every person has shades of good and bad.

Instead of dismissing “bad” people outrightly, we must seek out their good qualities. That’s how you’ll help them realize their good side.

Harboring bitterness for certain people comes from concentrating on their negatives.

If you focus on the good qualities though, you spend that time getting to know them better or, maybe even, loving them.

4. Be willing to seek help from others

To know and do everything by yourself might feel empowering but it limits one from using what others have learnt.

Bhairav believes we must help others, but more importantly, have the courage to seek help when we’re in need.

Every person in the world knows something more than us in some respect. And their knowledge can help us, but only if we’re open to it.

Mukti Bhavan plays soulful bhajans and devotional songs three times a day. “Some people”, Bhairav says, “stop and admire a note or the sound of the instruments as if they have never heard it before, even if they have. They pause to appreciate it and find beauty in it.”

But that’s not true of everyone, he adds. People who are too critical or too proud, are the ones who find it hard to find joy in small things because their minds are preoccupied with “seemingly” more important things.

And when they get old, they realize that those “small” things are the real gifts of life, and they regret missing on so much of them.

Most people shirk away from accepting what they are going through. This constant denial breeds in them emotions that are highly dangerous.

Only when you accept your situation you become free to decide what to do about it.

When you are not in denial of a problem you have the strength to find a solution.

Indifference, avoidance, and denial of a certain truth, Bhairav believes, cause anxiety; people develop a fear of that thing.

Instead, accept the situation so you are free to think what you want to do about it and how. Acceptance will liberate you and empower you.

7. Accept everyone as the same

The secret to Bhairav’s unfazed dedication towards his demanding job can be understood via this life lesson.

He admits that life would’ve been difficult if he treated people who admit themselves differently, based on their caste, creed, color, and social or economic status.

Categorization leads to complication and one ends up serving no one well.

“The day you treat everyone the same is the day you breathe light and worry less about who might feel offended or not. Make your job easier,” he says.

8. When you find your purpose, do something about it

To have awareness about one’s calling is great, but only if you do something about it.

A lot of people, Bhairav says, know their purpose but don’t do anything about it.

Simply sitting on it is worse than not having a calling in the first place.

Having a perspective towards your purpose will help you measure the time and effort you need to dedicate to it, while you’re caught up in what you think you can’t let go or escape.

Take action on what truly matters. That’s what keeps the fire burning deep inside you!

Building good habits happens over time, with practice. And those habits, over time, become values.

“It’s like building a muscle; you have to keep at it everyday.”

Till one doesn’t consistently work towards being just, or kind, or truthful, or honest, or compassionate, every single time he is challenged, one cannot expect to have attained that quality.

10. Choose what you want to learn

In the vastness of the infinite amount of knowledge available to us it is easy to get lost and confused.

“The key lesson here is to be mindful of choosing what you deeply feel will be of value to you,” he says.

People might impose subjects and philosophies on you because it interests them, and while you must acknowledge their suggestions, the wise thing to do is delve deeper into what rejoices your own heart and mind.

With a smile on his face he says, “In the last days of their life a lot of people can’t speak, walk or communicate with others with as much ease as they could, earlier. So, they turn inwards. And start to remember the things that made their heart sing once, things that they cared to learn more about over the course of their life, which enriches their days now.”

You can seldom distance yourself from people you have truly loved or connected with in some way.

However, in any relationship, there is a certain mismatch of ideologies that might cause people to stop communicating.

This never means you are no longer associated with that person. It simply means that you don’t associate with a dominant thought that person brings with him/her, and to avoid more conflict you move away.

This is why we still love some people who we broke up with so long ago, even though we cannot understand why.

The divorce, Bhairav affirms, is with the thought and never with the person. To understand that is to unburden yourself from being bitter and revengeful.

12. 10 percent of what you earn should be kept aside for dharma

Bhairav doesn’t define Dharma as something religious or spiritual. Instead, he says it is associated with doing good for others and feeling responsible about that.

A simple calculation according to him is to keep 10 percent of your income for goodwill.

Many people donate or do charitable acts towards the end of their life because death is hard on them.

In their suffering, they begin to empathize with others’ suffering.

He says those who have the companionship of loved ones, the blessings of unknown strangers, and an all-encompassing goodwill of people, exit peacefully and gracefully.

That is possible when you don’t cling on to everything you have, and leave some part of it for others.