Famous astrophysicist and speaker Neil deGrasse Tyson just stirred the pot by tweeting his thoughts on an ideal form of government:

Earth needs a virtual country: #Rationalia, with a one-line Constitution: All policy shall be based on the weight of evidence

Tyson’s viral tweet has generally been received with mixed emotions as people aren’t sure how “Rationalia” would work and are immediately seeing some kind of fascist regime with eugenics on its mind. Or maybe something with communist underpinnings. Much of the doubt stems from the lack of confidence in the basic rationality of our species.

If you dissect the tweet further, you can notice that he’s calling for Earth to have a “virtual country” with an evidence-based directive in its constitution. Perhaps, he’s not saying this should be the only country in existence but it may be a sort of affiliation for all rational people (whatever physical country they might actually inhabit). This could lead to an interesting, internet-based experiment.

To further bolster the case for “Rationalia” Tyson already recruited some of its first citizens. 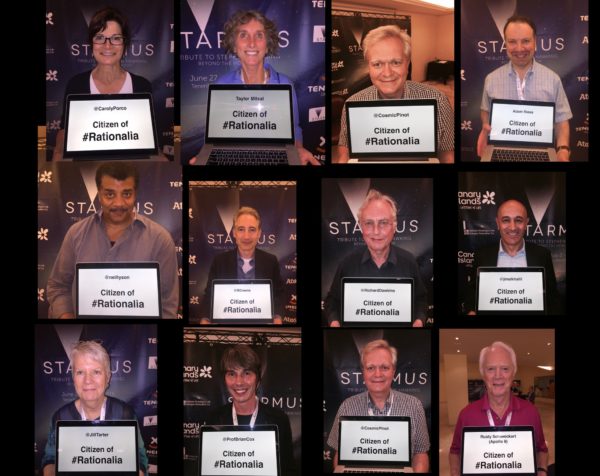 In Tyson words: “It is unstable to build a government on a belief system. Religion or matters of belief or disbelief in provable issues (like the mountain of data suggesting climate change), do not have a place in government.”

What do you think? Is there a way to build a government which will solely stand on rationality? If it’s possible, what’s the best way to accomplish this?