How can all this happen?

It is called quantum physics and it is VERY difficult to explain, but let me give you some examples from experiments that the Department of Defense of United States performed back in 1998 which left the scientists SHOCKED.

Scientists scraped cells from the roof of a subject’s mouth and placed them in a test tube.

They hooked the test tube to a lie detector or polygraph.

Then, they hooked the subject up to a polygraph, but in a totally different area of the building.

They had the subject watch different types of shows on television. Peaceful, soothing shows and violent, stimulating shows.

When it switched to a stimulating material,  the individual and the cells would both show physiological arousal.

They continued to separate the individual and his cells farther and farther apart until finally they were 50 miles apart.

Another experiment with very similar effects,

but from one individual to another instead of from the person’s own cells, was called the Einstein-Podolsky-Rosen experiment.

In this landmark study, they took two individuals who were virtual strangers, gave them a few minutes to become superficially acquainted, and then separated them 50 feet apart, each one in a Faraday cage (electromagnetic cage).

A Faraday cage is designed to prevent radio frequency and other signals from going in or coming out.

Once in the Faraday cage, they hooked both individuals up to an electroencephalograph (EEG), which monitors neurological activity.

They shone a penlight in the eyes of the first subject, but not the other.

Shining the light in someone’s eyes like this causes measurable neurological activity and visible constriction of the pupils.

At the instant they did this, the neurological activity of both subjects showed the same EEG activity and pupilary constriction.

They changed subjects and separated them farther and farther apart with the same results each time.

In addition to this simple research, Dr. Larry Dossey has personally compiled over 130 studies on the power of distant healing prayer and is convinced that it works.

He says that “after scrutinizing this body of data for almost two decades, I have come to regard it as one of the best kept secrets in medical science. I’m convinced that the distant, non local effects are real, and that healing happens.”

These and many other common experiments show that we are all connected in ways that we have never realized, ways that boggle the mind. 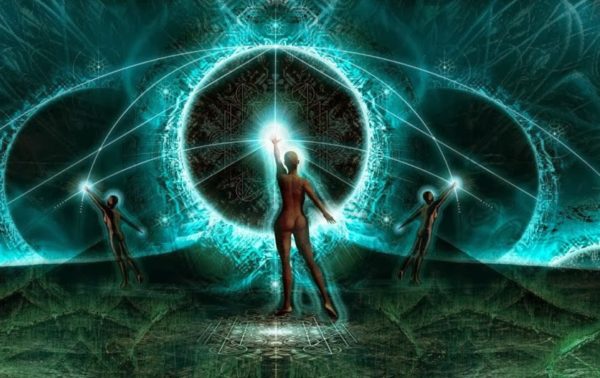 We are constantly transferring information on an unconscious level even with people with which we are only superficially connected.

We should not be afraid of this.

It is just the way The Universe functions and always functioned.

We are reshaping and co-creating each other and there is no way to escape this law. We can only learn how to use this law for our mutual benefit.

Becoming better than who you were yesterday means that you LITERALLY make better everyone you come in contact with.

That’s how we all grow and thrive.

That’s how we are all connected.

That’s why doing good to other people makes us feel so WONDERFUL. Because in reality, we are stimulating ourselves from outside, on a quantum level, to feel better.

I believe that healing at a distance works according to natural laws that should and must eventually be embraced by conventional science.