The discovery of Gravitational Waves is like the last piece of a puzzle that, when completed, opens a window towards something new.

Until now, scientists stood at the edge of the darkness wondering if science reached the end of discovery. However, finding this last puzzle opened up a doorway. We are all standing now in front of the darkness of The Universe and listening to what it says, for the first time.

When I say darkness I don’t mean it as something bad or evil. I simply mean the darkness.

Scientists got feedback only from the light until now. Matter, particles, electromagnetism, strong and weak force… all of those things belong to the light.

However, now humanity finally heard a feedback from the darkness.

This completes a 100 year old search for truth. In the same time it completes the picture of the theory that gives the fundamentals of The Universe.

This is not the ending of some scientific era, but a beginning of a whole new scientific chapter. There is a new world to be explored, the world of darkness and who knows what we are going to find there. 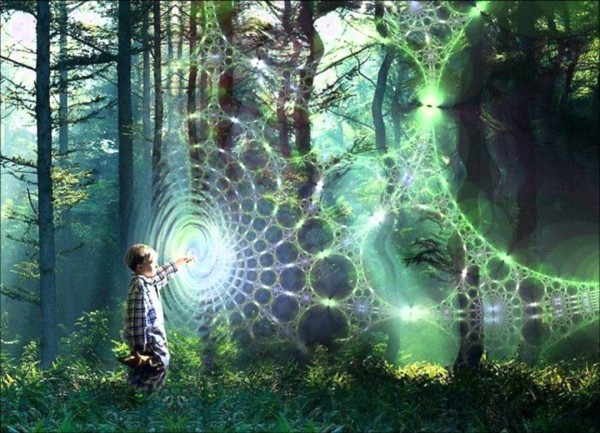 2 – We can now get REAL clues to what Dark Energy is, the energy that continuously expands and stretches our Universe;

3 – It proves the existence of Binary Black Holes which is kind of a big deal as it explains how black holes merge;

4 – It is an evidence that Space and Time are interconnected and inseparable;

5 – It shows that The Space-Time can be stretched and bent. Possibility for interstellar travel by bending space and, in a way, manipulating the distance between 2 points;

6 – A form of Time Travel as Space-Time is inseparable so, by this logic if you bend the one you are bending the other;

7 – This is one of the greatest proofs that science and spirituality are 2 sides of the same coin;

Scientifically, this means that we found the opposite of electromagnetic waves, or through Spiritual eyes, the darkness to the light.

It means that The Universe is really following the divine principles, like the one of duality.

If scientists are able to learn from this discovery that spirituality can, in fact, help them choose a direction to look towards, both sides may benefit unimaginably.

Scientists wondered until now if light is the only thing they can observe.

In the case of gravitational waves, we can now begin to observe the universe in an entirely new way, and it is difficult to predict what we may learn from that.