As I was betting on some Football games a thought came into my mind. Is it possible to know, and be sure how something will happen before it happens. Or, let me put the question this way, is it possible to predict everything, the entire future? And, if it is possible, then, Is everything already predetermined?

First, let us examine what is prediction! To predict something means to know what outcome will happen before any outcome happens. This means that you have enough Information of the variables, to calculate a probability rate of something happening.

This may sound science fiction but actually it is not fiction at all, it is only science. This happens everyday and almost everywhere around us.

Everything is About The Variables 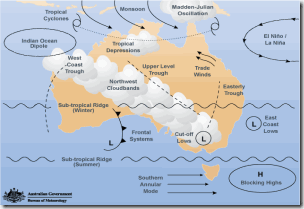 Let us take weatherman for example. They collect enough data from the present situation, from scientific laws, currents, shape of clouds, statistics of previous weather, locations, period of the year, time, humidity of air, etc. and they calculate all of those variables to come up with a percentage of what the weather will be in the next couple of days. They are pretty accurate but there are times when even they are wrong. Why is this?

Everything is about the variables! Sometimes the data of the variables they are examining is not enough or some variables that are not taken in calculation play their part. If weatherman have enough data for the variables, like how atoms interact with each other through the whole world at exact time, they may tell how many rain drops will fall and even where each rain drop will fall. But, who is capable of processing that much data at once? Well the answer may not be in who but what. 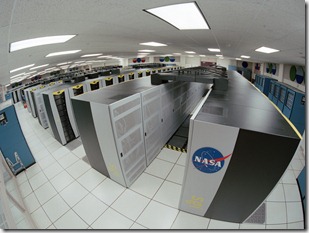 Wow, yeah, that is a lot, I mean insanely a lot of information for processing. But, with the technology today and with all the social media that collects various information from almost each individual in the world, all the satellites around the Earth, isn’t it possible to build such supercomputer that collects enough data from every individual? Is it possible then, for the supercomputer, to calculate what will happen tomorrow, maybe not in 99% accuracy but let’s say in 70 or 80% ? 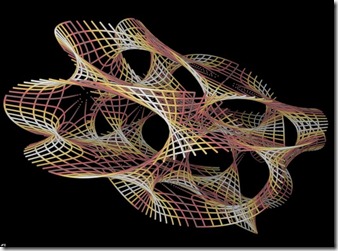 Well it was possible and it almost happened, but then, at the late 20th century a new perception showed the world that not everything is that easy to be predicted. All of the scientists were facing a new mystery called Quantum Mechanics and the world that was seen through QM was more bizarre than strange. Why?

Well let’s say you zoom in to the smallest particle and you examine it. By logic, you think that if that particle was a ball and you took that ball and threw it through a window it will fall at the other side following the trajectory that you have set with the power of your throw, the weight of the ball and The Gravity. We follow those rules, those laws of The Universe. By logic this should happen, right?

Not only the ball will not follow the trajectory but you may get hit by the same ball while another, exactly the same flies through the same window you threw the ball in or fall from the sky above you. Yeah, that is bizarre but it is true and it is strange only because we don’t know how things work on a quantum level yet. We don’t know how The Universe works as much as we think we know. We don’t know all the laws or variables, that is why we cannot predict anything with 100% certainty. That doesn’t mean we won’t learn in the future and that bizarre scenario won’t become normal.

Everything was Set in Motion Since The Beginning? 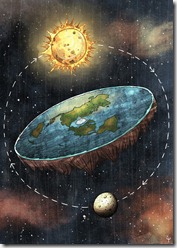 It is as strange as if you lived in the times when people believed the Earth is flat and you took your ship to travel to the end of the world. Traveling around the globe you've arrived at the same place you started your journey. It would be the most bizarre thing you've experienced knowing how much time and miles you've passed in the opposite direction. It won’t be strange any more when you learn that the Earth is actually round. As same as QM won’t be strange and bizarre any more when we learn the laws that those particles follow. The thing is we don’t know how all of the things work with 100% certainty because we don’t know all the variables that exist to influence the possible outcome. But, what if we knew all of the possible variables and all of the data we needed to calculate them? Would it be possible then, to predict the future with no error? This is the smaller version of the question, Is everything predetermined? If we are able to calculate the future and know what will exactly happen, than, everything that happened, happens, and will happen is following some logical trajectory that can be calculated. The present is a result of variables which are result of past variables and so on. Everything is what its past experiences made it to be and will be what future experience will make it to be. If this is true than everything was set in motion since the beginning, like a chain reaction, and it is unchangeable. If we are able to calculate what will happen than we are able to calculate how a variable will change and with that data in our database we can calculate further in the future and know what other variables will be created from the process.
Let’s say the 1st variable is a clock that works, the 2nd variable is a white board with one straight line drawn in the upper middle, the 3rd variable is somebody who wants to write the word “Destiny” on the board just above the line, when the arrows of the clock point at 12, and the 4th variable is the marker. The data of the variables show us that the board is white, there is a line drawn on the upper middle of the board, the person wants to write the word “Destiny” above the line at 12 o clock, the marker and clock work properly.
This information shows us that at 12:01 the board will have the word “Destiny” written just above the line, therefore we know that the 2nd variable aka. White Board will be changed in a Board With The Word Destiny. Knowing this we can place 1 more variable before the process begins, a digital camera that is set to take a picture of the board at 12:01. Now we know that at 12:03 we will have a digital image of a board with the word “Destiny” written on it and we know this even before the word is written on the board.


What Determines What You Want? 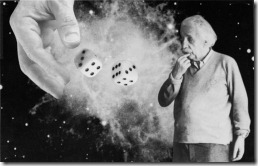 The question that I want to ask is: What determines what you want? How do you choose what you want? I am asking this because without knowing the variables that determine what somebody will want, you cannot know what somebody will want. How will we know if our 3rd variable aka. The Person That Holds The Marker wants to write the word Destiny if he/she haven’t told us. More importantly, what made him to want to write the word “Destiny”? This is the essence of the answer for our question “Is everything predetermined?”. If the choices we make are just the result of our past experience, our psychological profile, and the options of the present situation than yes, maybe everything is predetermined. But, what about this moment right now, the awareness of the present? What about that moment when we stop thinking of the past and the future and just become aware of the present moment? What about our decision to change, to choose something that is not logical compared to our psychological profile or history? What is that choice based upon?

This is what I think. If we were all robots than yes, a computer, supercomputer would be able to calculate our actions and predict the future, but we are humans, each of us has variables in his/hers own mind as much as there are in The Universe we live in and all of those variables have their own variables and so on. It is impossible to calculate and know what somebody will do his/her entire life. We change because we choose to change and that change changes the possible future. We can predict what someone will do until he/she does his/her rituals, until the person follows a certain pattern, strategy to accomplish something, until he/she links his/her past with the future. But, as soon as the person becomes aware of the present moment and makes a decision with clear mind and pure heart, to take action in his/her own hands, than he changes the course of his/her timeline. He/she brakes the link between the past and the possible future, and creates another link, from the present moment to some other possible future. Everything that he/she does after that will be a different future than the one he/she walked toward. The thing that separates us from robots is our consciousness. Once we became aware of our sub consciousness and use our consciousness to change our sub consciousness, our future is uncertain because we create new rules that our variables will follow. We change the laws of our own Universe. Our own Universe interacts with The Universe around us, through us, and because the difference is like calculating how much is M + 2 x Pizza, there is no right answer but the answer we choose to be right. What this means is that you are more likely to know what someone will do by feeling and connecting with him/her on Emotional Level, than by calculating and connecting with him/her on Mental Level. Because like QM and the smallest particles, we make no sense to science. One thing is certain, we are able to choose how we will live, we have our freedom of choice when we are aware of the present moment. Therefore, To be aware means to walk your own path.
COACHES FOR UKRAINE | FREE CONSULTATIONS, SUPPORT AND GUIDANCE