There are a lot of false information when it comes to religion, spirituality and almost everything connected to The Belief Factor. Why does everything seems to orbit around this subject? Why is believing so important?

Well, let’s get one thing straight, every single one of us needs to believe in something. There is not a person that believes in absolutely nothing. Believing in nothing is an actual act of believing in something.

A Belief is What Sets Our Frequency of Vibration, the way we simplify what is too complicated for us to understand. If emotion (energy in motion) is what moves us, than a belief tells how strong that emotion will be. The Belief Factor creates the foundations of your Inner world, the rules by which you’ll link information with feelings and their intensity. What Fundamental Forces are to The Outer World, Beliefs are to The Inner World. 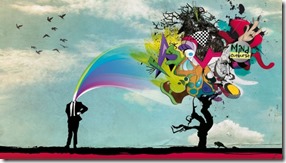 To believe in something means to trust something without having solid evidence or facts of its truthfulness. This is why A Belief is so strong, because it can create whatever reality suits the belief better. It doesn’t depend on facts which limit the possibilities of The Outer World.

This is why they say your thoughts create your reality, because the meaning of what you think over and over becomes a belief and implements itself in your belief system which represents the fundamental forces of your Inner World. If you think thoughts with harmful meaning to yourself they will implement a harmful belief which will promote actions and reality that is harmful to your whole being. 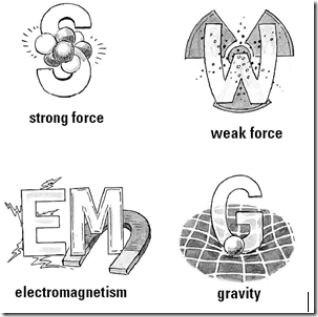 Imagine how drastically our Universe will change if suddenly a new force is created that makes the speed of sound faster than the speed of light. We will hear things someone says before they are actually said and that’s just one very small example. Now imagine what a new belief does to your Inner World. Yeah, exactly what a new force does to The Outer World.

If you think negative thoughts and negative beliefs implement in your Inner World than negative emotions will be created and negative outcome will prevail because of your negative actions. It is like if a virus infects your computer. It first affects your software and after some time the conflict of your software’s code damages your hardware. We underestimate beliefs but the truth is they are responsible for the shape of our reality. 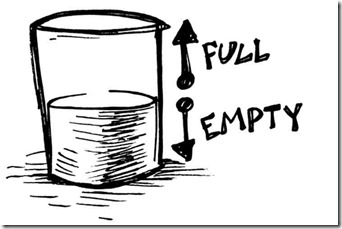 We perceive things and they are filtered by our opinions and beliefs. What you believe shapes the information which you will understand, feel and react on. The only difference between a glass half full and a glass half empty is the perception and the only way you can shift your perception is by changing the things that shape your perception, your beliefs.

So if that’s the case why don’t we Think Positive Thoughts and create positive beliefs that will make our Inner World more beautiful and peaceful. This Will Create More Positive Emotions which will promote positive actions shaping our reality, the one only we are responsible for more beautiful, peaceful and filled with love. The only thing we are able to control are our thoughts. Choose your beliefs because only you are responsible for your reality.