Narcissists are great con artists. Through the years of using different tactics to get what they want from people, they have become masters of it.

They can hide their true selves perfectly that you may not even be aware you’re dealing with one.

Dr. George K. Simon, a psychological expert, described the three main traits of narcissists: they’re good at hiding their violent tendencies, they’re experts at analyzing other people’s personality, and they’re numbed at the suffering of others that they might have caused.

These traits are the main ingredients needed in the art of controlling others. Recognizing a manipulator isn’t easy since they don’t appear harsh or violent. They may even make you believe they’re angels sent to guide your way.

Sadly, in this world filled with materialism, your chances of meeting a manipulator on a day to day basis is big. If you’re not too intuitive, you may fail to realize the low energy you will feel around them.

And if this is the case, you need to find ways to be more aware and to avoid becoming a victim of manipulators who are hiding around the corner waiting for their next victim.

Watch out for the following mind games they love to play with you and learn the tricks how you can dismantle them and turn them in your favor.

The 7 Mind Games Of Narcissists: 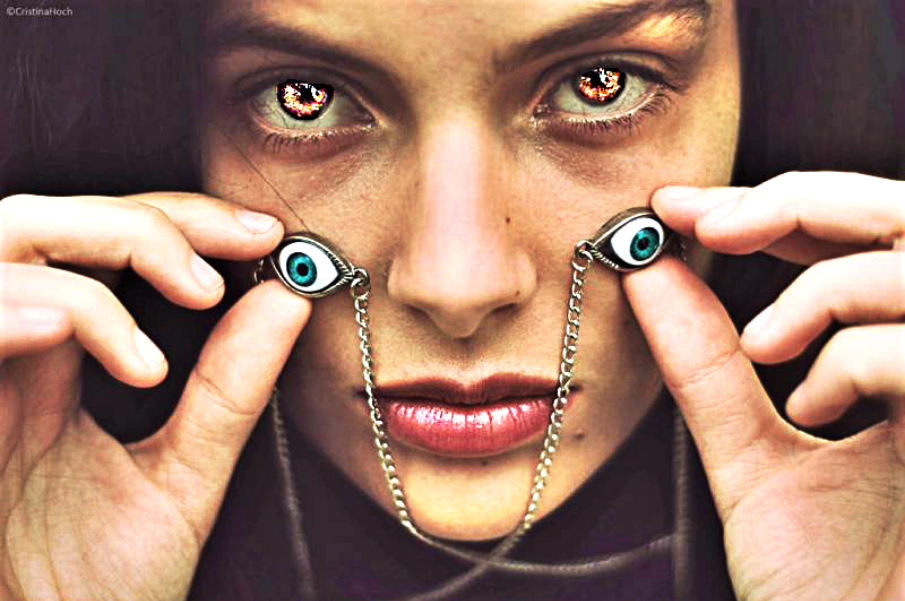 1. They want to know the details of your life.

Manipulators don’t talk you about themselves. Instead, they’ll pretend they’re interested in you and ask even the tiniest detail of yourself, especially your thoughts and plans.

Without your knowledge, they will use this information against you to their own advantage.

How to notice: The best way to know if someone is deeply interested with you is by looking at them in the eye. Those who counter your gaze don’t hide anything. But manipulators continue to bombard you with questions without even looking at you.

How to dismantle: Ask them to share something about themselves or ignore talking about you.

2. They want to send you a subtle message of superiority.

In their quest to appear superior, manipulators will provide you with massive information of figures, stats and numbers on things you’re not familiar with.

They want to show off how smart they are with the hidden intention of exerting their influence over you.

How to notice: Ask them the source of their information and a possible proof. You can ask them to back up their claims and explain what makes them so sure about what they say.

How to dismantle: To slow them down, ask questions and let them explain an uncommon word they love to use. Manipulators hate interruptions.

3. They overwhelm you with negativity.

At times, manipulators intentionally act negatively, like speaking in a loud voice or showing ill manners. This is their way of controlling the situation and manipulating other people.

They know that fear is a powerful tool to make people listen, back off and control them. So they will use it in a form of aggression or painting negative picture to lower the energy. High energy cannot be easily controlled so they try to lower it.

How to notice: This one is tricky to become aware of because of the emotional charge in play. But you can take a hint when a person becomes overly negative all of a sudden or uses aggression and negative tone to paint their opinion. To best test you can make to find out if someone is trying to manipulate you via negativity is to try to remain positive and insert jokes about what they say. Try to twist their negativity into laughter. If they start attacking you and your jokes to bring back the negativity that’s your best signal.

How to dismantle: Try to stay calm and unaffected, or better yet ignore them. Even without saying a word, let them know they’re not in control. The best case scenario is to remain positive.

4. They feed on your insecurity.

If you’re struggling with some insecurity issues, manipulators are able to smell that. In fact, they love feeding on the insecurities of other people.

If you show and reveal some insecurity to them, they will use it to climb higher than you on the social hierarchy. They will use your insecurity in conversations. It makes them feel superior and good about themselves. Other people’s insecurities mask their own.

How to notice: They will light up when you show your insecurities and they might try to bring them up in a conversation even when you are with other people. Lie about something you are allegedly insecure about. See their reaction and change of energy. If their energy goes up, that’s your signal. Normal people would remain unaffected.

How to dismantle: Check out with yourself first and be clear with the things you’re insecure about. Face this issue head on to prevent becoming a victim of narcissists.

As what we have stated above, narcissists are con artists who are really good at manipulation. They will convince you of their innocence whenever they mess up.

They may appear blameless from the outside, but inside they’re the sly fox who keeps thinking on more ways to appear innocent.

How to dismantle: If you’re in doubt, listen more to your gut feeling and investigate about the truth without letting the manipulator know what you’re up to. Point out their mistakes instead of defending them why they are innocent. Show them how they can be better. If they are manipulators they will get mad because you don’t think they are innocent, if they are normal people they will use your feedback for constructive improvement.

When the misdeeds of manipulators are revealed, they will twist the information and create stories where they can appear as the victim. Finding other people to blame is their means of escape.

If you’re not too careful, they may manipulate you into believing their stories. Don’t allow manipulators to get away with it.

How to notice: Look for the credibility in the stories and for the hard facts you can check. Try to make them elaborate objectively on the other side. Manipulators do not care about objective reasoning, they want to convince you in their side of the story.

How to dismantle: Gather the facts and speak to the people whose names they dragged to get the bigger picture of the situation. If it’s not something you care about, tell them that you don’t care about who’s right and who’s wrong. Ask them to change the subject.

7. They put pressure on you.

Manipulators will drive you crazy if you allow them to. They have this ability to put pressure on your shoulders until you no longer can contain it and erupt into an emotional outburst.

This is what psychologists call the technique of fear and relief, which is a manipulator’s way of preying on your emotions.

How to notice: After your emotional outburst, they will relieve you of the stress. Because you’re already disarmed, it’s now hard for you to make logical decisions. Then manipulators ask you something they know you’re likely to agree. Hence, it is important to be aware when someone is trying to push you to the limits.

How to dismantle: Whenever you get an emotional reaction and someone who was the trigger for that emotional reaction calms you down as if nothing happened, watch out for what they say next. Do not agree of anything they say just because thy made you feel relieved. Remember that they triggered your stress in the first place. Do not be afraid to speak about their intention and ask them to explain why they pushed your buttons in the first place. If they avoid such conversation try keeping a safe distance from them.

While watching out for the signs that you’re dealing with a narcissist is helpful, keeping yourself emotionally healthy is the best way to guard yourself. Narcissists don’t like people whom they know they can’t manipulate. Work on strengthening your emotions because it will keep narcissists at bay.