You are more than what the other people perceive you to be.

You may possess a popular trait that many people have but you still have a uniqueness that is only your own, the person you are under all your layers, the essence that makes you who you are.

While you already have an idea of the kind of person that you are, your Zodiac can help you reveal some aspects of your deeper self.

Meet the person that you truly are, deep within!

What’s Your Truest Personality According to Your Zodiac Sign: 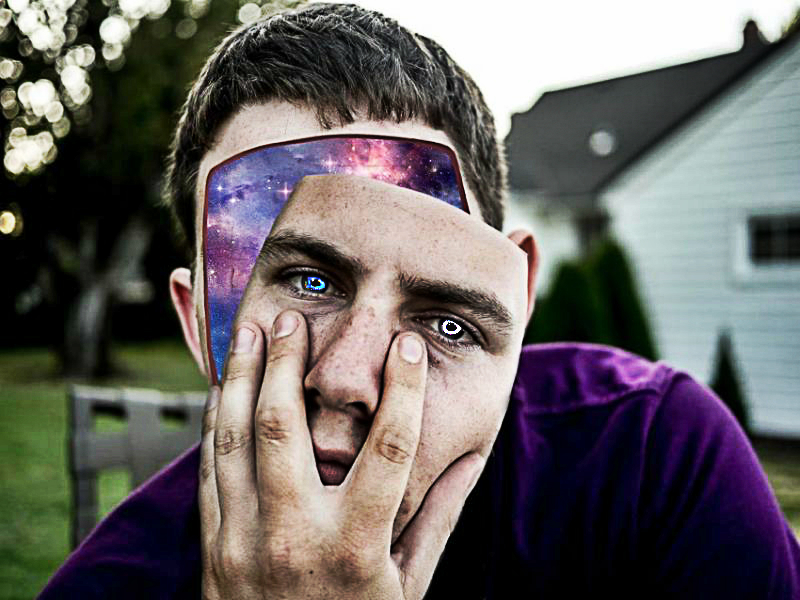 Under His Layers: You bring the most fun in the room.

You are a very intense man who is born a leader in work and in play. People have the most fun whenever you are around because of your enthusiasm that infects people.

People like you for any spirited discussions you bring about any topic that they can’t help but respond. Whatever emotions you’re feeling, you are into it fully making other people notice.

Under Her Layers: You’re competitive deep within.

As an Aries woman, you are the most competitive in the whole Zodiac. You do everything to be the leader of the pack and may take down anyone who gets your way.

This may not be a great motivation to have, but you are a naturally intense person.

Under His Layers: You’re easy to compromise just to avoid arguments.

Even if you are a stubborn Taurus man, you are able to get yourself out of the way to find happiness. You are stubborn in getting what you want, but also in making sure that the people in your life are happy and feel valued.

Hence, you are willing to sacrifice for them. You value traditions and may have old-school habits that make you less stubborn and make people feel really comfortable in your presence.

Under Her Layers: You’re down to earth despite appearing uptight.

You’re a practical Taurus woman. Because of this, people thought you’re an uptight person who is short-tempered and who is high maintenance due to your liking for finer things.

But, in reality you’re a down to earth person who doesn’t take much to make you happy.

Under His Layers: You’re attitude is the best.

Your best trait as a Gemini man is your ability to communicate. If, at times, you’re unable to communicate, you can pick up social cues faster than other guys making women gravitate towards you.

You value all sides of a conversation and seek to understand everyone and everything. Because of this, you develop a great attitude about life and humanity.

Your flexibility allows you to talk as well as listen to people.

Under Her Layers: You’re a very direct person.

As a Gemini woman, you love talking to people as well as having the reputation of the girl with more than one personality.

Even then, these personalities are genuine because you have a way to be direct and honest with people, especially about your own thoughts. You get things done by facing things head-on.

Under His Layers: You’re an emotional person and you hate it.

Wearing his heart in his sleeves is what the Cancer guy detests in himself. Even if you have made peace with yourself about it, you still wish you weren’t that open book to the people around you.

Because you’re a kind-hearted guy, you’re more than willing to do anything for all the people whom you love. People underestimate you for this.

But then, it’s your sensitivity that gives you the empathy to understand people, which is a great trait that not anyone could have.

Under Her Layers: You’re a tough woman.

One of the most sensitive in the Zodiac is the Cancer woman. On the contrary, your forthrightness with your emotions is what gives you strength.

Your intuition is very strong that you often use it when the situation calls for it and you always see to it that you are being heard.

Despite being sympathetic with others, you know how to act with tough love when needed.

Under His Layers: You’re the most driven person anyone can meet.

The Leo man has the reputation of being the center of attention. You’re like a human magnet where people gravitate to you easily.

It’s because your sign is being ruled by the Sun; you’re likely to be the center of attention. You can be stubborn and opinionated about a lot of things, which make you the most driven person in the world.

Under Her Layers: You’re more intuitive than others think.

The Leo woman possesses a strong personality who laughs, loves, and lives big. You are one of the most intelligent and creative women out there because of your great attention to details.

You know that having talents and skills are never enough to get where you want to be.

Under His Layers: You don’t play the games other guys play.

Being a Leo man, you feel you need to be the best man you can ever be. You’re one of the most reliable men in the Zodiac because of your sense of duty and work ethics.

Unlike other guys, you notice every detail. You are very straight-forward in your dealings with others and always tell them the real score.

Because you have an eye for detail, you never miss an anniversary or birthday.

Under Her Layers: You’re the life of the party.

Despite being uptight and hardworking, Virgo women live in the present. You have the skills needed in planning a great party and the ability to enjoy it fully.

You can be the “mom friend” and daring adventurer.

Under His Layers: You’re a romantic at heart who never gets jealous.

The Libra man doesn’t have a jealous bone in his body. You avoid conflict as much as you can, which makes you indecisive at times.

You are a balanced guy who values peace and honesty. Because of your good judgment, you are always in a good company.

You seek a significant other where you can be truly romantic.

Under Her Layers: You’re a less sensitive person.

As a Libra woman, you’re drawn towards perfection. You want everything to be fair and believes greatly in karma.

Your open-mindedness could make you indecisive at some point because you’re busy weighing all the options. You want to be both emotional and logical to become a well-rounded person.

You only show your sensitivity to people who win your trust.

Under His Layers: You’re great at understanding others.

A Scorpio man has a great understanding with people and knows what make others tick. You have the ability to get people’s reactions.

Even if you don’t actually value people as they are, you see them as your own people. This is what makes them valuable to you.

And you see other people who are not yours to be associates or resources.

Under Her Layers: You’re not as intense as you appear to be.

As a Scorpio woman, you are the type anyone should never take lightly. You can be intense that people may regret for ever crossing you.

But then, you know that being too intense can be exhausting that you are able to have a break from it. If not, your intensity could be destructive to others as well as yourself.

Under His Layers: You’re secretly mature.

Even if Sagittarians are known for not taking things too seriously, as a Sagittarius guy, you’re truly mature. You are intelligent and make decisions based on logic and not on emotions.

You know how to listen in conversations and you are a deep thinker.

Under Her Layers: You’re a free spirit who can be a bit uptight.

As a Sagittarius woman, you are free spirited having a wandering soul that loves adventure.

Even if people see you this way, there are still things that freak you out. And you wish people may appreciate you for this other side of yours.

Under His Layers: You’re the most patient person in the world.

As a Capricorn man, you have a patience that allows your hard labor to come into fruition. It’s your patience that brings your dreams into a reality and encourages you to take a break and spend time with people you care about.

You are ambitious and secure in yourself.

Under Her Layers: You’re the funniest person around.

Even if people may find the Capricorn woman a bit of a bore, you are still able to let loose when you want to be.

You may not love the way other people do, but you know how to make people like you. Thus, you communicate with them in many different means.

Under His Layers: You’re a bit caring despite a bit inconsistent.

As an Aquarius man, you’re a genius when it comes to thinking big. Because you can be completely lost in your own thoughts, you may forget to talk to people.

You’re not a conventional guy who could be traditionally romantic. Even then, you know how to care and share your thoughts with anyone when you know it has meaning.

And you care about people on a humanitarian scale.

Under Her Layers: You’re both the empathetic and the manipulative.

Aquarius women are greatly empathetic whose way of thinking is different from anyone else. You see the world intellectually and appears to be enigmatic.

If left unchecked, you could be manipulative because of your ability to watch people and see what makes them tick. This makes you able to get people to do what you want.

Under His Layers: You’re simpler than people think you are.

As a Pisces man, you are a deep thinker who can communicate better than others; a simple guy having simple needs and wants.

You don’t like dramas in life and only want people in your life to respect your selflessness. You expect their loyalty as well as the space to be yourself.

Under Her Layers: You’re the most intense woman in the world.

The Pisces woman is the biggest dreamer in the whole Zodiac. You are an artist who want to be a laid back person.

You’re not an embodiment of calm spirituality. Instead, you bring storms that can be too intense and passionate than anyone else around.

You are a woman who appears calm and still at the surface, but is filled with the unknown deep within.