People’s personalities, according to Carl Jung, are characterized by their preference of general attitude: extraverted vs. introverted, sensing vs. intuition, thinking vs. feeling, and judging vs. perceiving.

From these 4 dichotomies, all possible permutations of preferences yield to 16 different personality types which are assigned by an acronym of the 4 letters that correspond to the combination of the preference.

Hence, the INFJ personality type that stands for Introverted, Intuitive, Feeling, and Judging is one of the rarest types you see in people.

In a classroom with a bunch of kids, you only get to notice one or two who are sitting quietly in a corner, contentedly observing everything that’s going on around them without having to interact with the other kids. That’s the type we speak of!

These kids are not shy, it’s just that they have an introverted personality. Of course, that’s not this type’s only characteristic.

To find out if you might belong to the rarest personality type in the world, here are 12 traits that all INFJs have.

If You Have These 12 Traits You Belong to The Rarest Personality Type In The World! 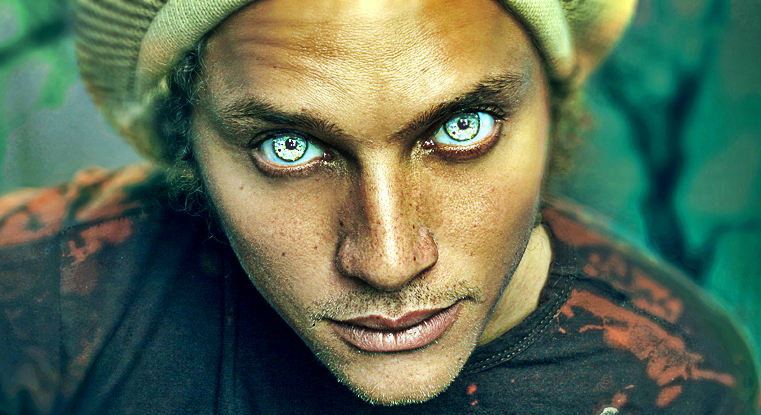 1. Their focus is aimed at things that matter.

The INFJ people always see the bigger picture. They focus on what matters and are not swayed by the trivialities around them.

Whatever challenges that may come their way, they handle it with confidence and ease.

If their plans don’t happen the way they want it to, they are able to find new ways just to make things happen.

2. They are conscientious workers.

When it comes to working, the INFJ is the one you can rely on.

They work hard not for the sake of working but ensure that they give their best in whatever task is assigned to them.

They are goal-oriented and work hard to achieve it.

3. They are extremely intuitive and can sense when something is about to happen.

INFJs have a highly-developed intuition because they are naturally more connected with it.

When they sense that something is not right, they quickly act on their gut feeling, knowing that they rarely get wrong.

Their intuition is so strong they get to feel when something is about to happen in their life whether it be in a positive or negative way.

4. They are restless truth seekers.

They are restless truth seekers and find their way to know the secrets of creation and the entire universe.

You may even find them stargazing at night. The Universe fascinates them so much as it is full with unimaginable mysteries.

5. They have a few, chosen friends.

You will not find them around anyone, but with carefully chosen people who share their values and respect their alone time.

They don’t go out with a large group of friends, instead, prefer to stay home and be alone. That’s why they don’t have a lot of friends, but a few really close ones.

As an empath, INFJs are genuine and sensitive.

Because they are caring and generous, helping others might come to them more naturally.

Since they feel what others feel, they might get emotionally drained speaking with many people. If they do, it is wise to take alone time to recharge.

7. They can read others easily.

Having an empath’s gift, INFJs are able to read other people’s minds through their emotions.

They know how to spot when others are lying no matter how hard these people hide their true intentions.

This helps INFJs to protect themselves from people who have bad intentions and want to harm them. They avoid these people before they even think of causing any harm in their life.

Alone time is important for INFJs.

They seek to be alone to think things through and recharge. They have a whole world of their own to explore so it’s not as boring for them to be alone as others might assume.

They don’t feel any discomfort either to wander alone in the streets or eat out in a restaurant. They’d rather walk alone than be with people they’re not comfortable with.

If there are people whose mood changes in a snap of a finger, it’s the INFJs.

At one point you see them in melancholy which will immediately turn to glee.

They are so unpredictable, you wouldn’t know what would happen next. They can go to both extremes before others even evaluate how they feel.

Once an INFJs says they will do something, expect that they do it almost perfectly.

Not giving their best is like not doing anything at all.

They are the people who give importance to quality, even if it means spending all of their time into it. Their motto is something like, ‘It’s all or nothing.’

11. Their problem-solving skills are truly admirable.

Problem-solving comes naturally to INFJs since they always see things in the bigger picture.

Their ability to see things with every detail and in every angle helps them point out what’s wrong and how to go over it.

And just for the record, they seldom get wrong.

INFJs can’t go on with their life without expressing their thoughts and creativity.

But since they do not like to talk much, they release their inner genius through writing.

The more they are able to express themselves, the more peaceful they feel.

If you have more than 4 of these traits it’s extremely likely that you belong to the rarest personality type in the world!