If you’re one of many people in the world who feel like time is speeding up you might be onto something!

People across the globe feel the same way. Though a day is still made up of 24-hour increments, and 1 minute consists of 60 seconds, it seems to be moving faster than ever.

So what’s happening here? Are we losing our minds or is this a real phenomenon that we need to take more seriously?

Believe it or not, scientists have 3 possible reasons for why is this happening!

Knowing the reasons why time seems to be speeding up makes you look at the bigger picture of things.

Understanding why you feel this way about the flow of time will help you to arm yourself with the right tools in keeping up with it.

3 Metaphysical Reasons Why Time Seems to Speed Up: 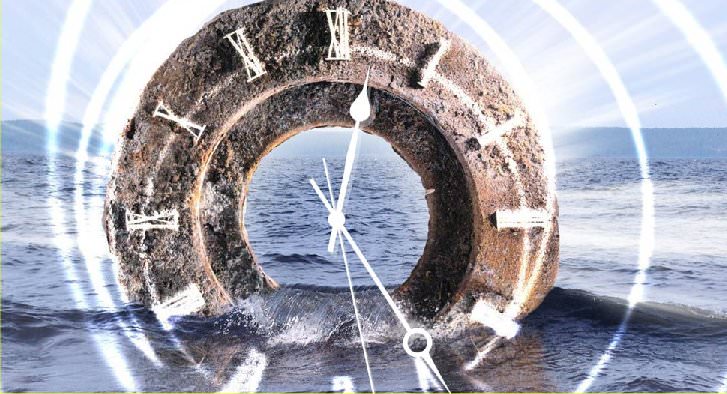 Dannion Brinkley believes that time is not speeding up, but our consciousness is.

“There is a cosmic event occurring which is causing 24 hours not to be enough time. You know more, you are more aware, you have more feelings. You realize more things, so it’s not time changing it’s you! Because of a cosmic flow of energy that is moving through this universe that can be measured scientifically because we sit at the end of a 26 thousand year circle called the procession of the equinox. Our little galaxy, these 1.1 billion planets and stars called the Milky Way, has now traveled 26 thousand years to circle what we call the signs of the zodiac, but through each of the 12 constellations that we now know to be our particular part of the universe. We are in the last 7 years of a 26 thousand year cycle and there is nothing we can do about it.”

Lungold further stated that when more is possible to happen in every moment, it’s likely to bring a possible outcome. This can invariably open the door to things called miracles.

One example is the use of cell phone. When you want to call someone, you just tap the call icon and you instantly make the call.

Time seems to speed up because of more acceleration and more coming to possible in less time multiplied.

As atoms vibrate, our third-dimensional reality is created. This makes everything in existence to revolve around this vibration.

The faster the atoms vibrate, the more it creates the illusion that time is speeding up.

In a physiological sense, our bodies feel the speeding up of “something.” We attribute it to time because that’s the only thing we are familiar of.

As our bodies seem to vibrate at a higher rate, we begin to feel as though time is speeding up.

An example of how vibration affects us is its effect in the changes in the solar system.

In the past, the color of the sun was bright yellow. But today, it has turned to bright whitish yellow which reflects the changes in vibration within the solar system.

As what alchemy stated, “as above, so below.”

As our planet goes through this dramatic climate change, so are the inhabitants also going through drastic changes. Among the changes is the vibratory level of the spin in our body’s atoms.

Days, months, years, seem to fly by faster than ever. No one can say that it has to do with age as one advances because everybody is feeling this phenomenon from teens to older people.

To keep up with this sense of the increased speed of time, you have to raise your body’s vibratory rate.

1. Practice meditation. It clears your mind and helps you to stay in the now moment.

2. Show kindness to all forms of life. This makes you feel like you have done something worthy as time passes you by.

3. Radiate unconditional love to everybody. Your love keeps others to stay in the moment.

4. Do kind deeds to others. While it gives them a beautiful feeling, you feel double of the feeling.

5. Express love and appreciation to random people through positive thoughts and intentions. This helps raise your vibration while helping others raise their vibration too.

Perhaps, the reason why you feel the time is speeding up is that your third-dimensional body is preparing you for the fifth dimension, making atoms continue to vibrate at higher levels.

Maybe it’s not just one of these reasons. Maybe it’s all of them! Perhaps our consciousness is speeding up as well as the creation in The Universe while the collective vibration is raising.

And as we evolve and grow into higher dimensions the sense of time passing gets affected to a point where we transcend the perception of it all together.