If you are a fan of his epic comedy, you are probably like most of us asking yourself the question: What in the world has Jim Carrey been up to?

He has provided us with an answer in his new short documentary, “I Needed Color.”

The six-minute video was uploaded to Vimeo two weeks ago but has recently gone viral, becoming a Staff Pick on the streaming platform and racking up over 2 million views. 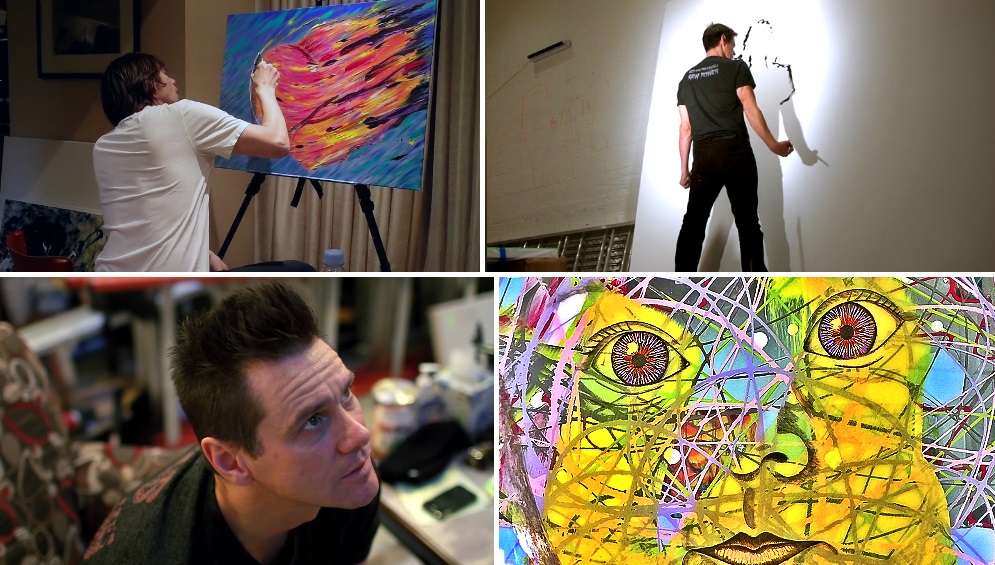 “When I really started painting a lot, I had become so obsessed that there was nowhere to move in my home. Paintings were everywhere, they were becoming part of the furniture, I was eating on them.”

You can see Jim in his art studio, sharing powerful wisdom and deep psychological thoughts, surrounded by piles of paintings and colors. He reveals some secrets about his life that he has never shared with anyone before!

The documentary features some truly jaw-dropping paintings made by the actor. Carrey picked up art six years ago as a way to “heal a broken heart,” and he has produced some of his best work ever. Seriously, these paintings are incredible!

“It’s really kinda cool what happens with these things, you know. Because you really don’t know what a sculpture, or a painting totally means. You think you do, most of the time I start out with a plan, and then like a year later I realize that the painting was telling me what I needed to know about myself a year before.”

“When your heart is in love you are floating weightless, but when you lose that love you have to reenter the atmosphere, and it can get pretty rough. You are just bouncing off one molecule unto the next ripping through them at such a pace that they just ignite and explode. Until you find another heart that’s doing the same thing, has landed and cooled. And then you start to float again.”

“Something inside you is always telling a story. I believe that every single thing that you see and hear is talking to you.”

“The bottom line with all of this, whether it’s performance, or it’s art, or it’s sculpture, is love.”