Ascension has been a significant topic all through human history. Almost every civilization has recorded an ascension phenomena where a human evolves to become some form of enlightened, immortal entity that ascends from this realm of existence.

However, no civilization went to such great length and detail as the ancient Egyptians. They were spiritually evolved to a level where they invented spiritual technology to manipulate frequency and Cosmic energy. 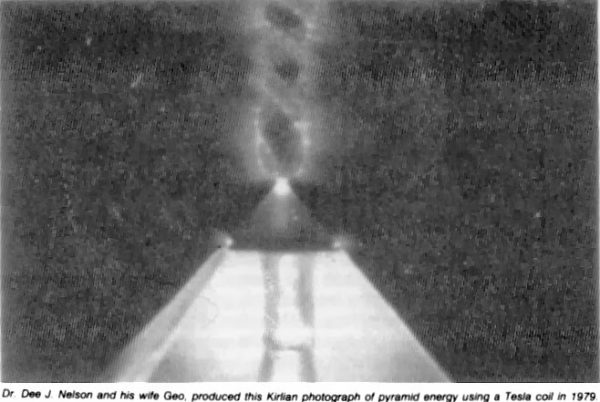 Some scientists claim that even the pyramids are a form of Cosmic Channel acting like antennas that absorb cosmic energy. Dr. Dee J. Nelson and his wife produced this Kirlian Photograph (a technique for recording photographic images of corona discharges capturing the auras of objects) that shows a DNA like movement of energy coming and leaving from the top of a pyramid.

Scientists have discovered that plants grow 3 times faster inside pyramids than outside of them. There is a high level of negative ions that are great for health, and a mysterious healing energy inside each pyramid. (source) 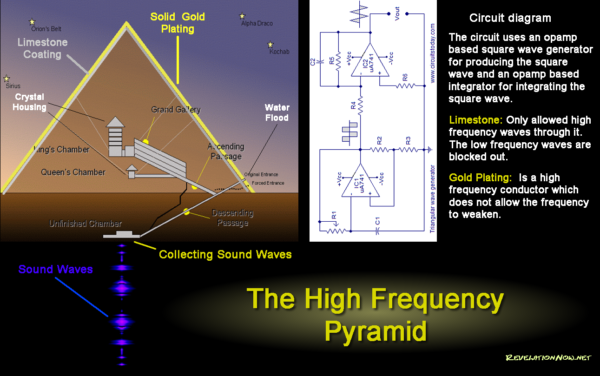 Some believe that the main reason for building the pyramids was so ancient Egyptians can raise the frequency of consciousness in accelerated rate in order to ascend.

According to ancient Egyptians the KEY to ascension is the 90 degrees turn.

There are many images that describe ascension as shifting towards a 90 degrees angle. For a long time researchers have wondered about these images and what could their explanation really mean. Until they inserted frequency of vibration into the equation. 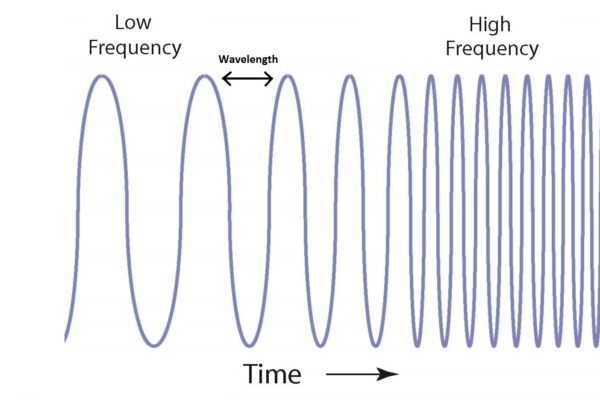 We all know that a frequency is the rate at which a vibration occurs that constitutes a wave, either in a material (as in sound waves), or in an electromagnetic field (as in radio waves and light). Now think of your consciousness as a waveform that vibrates at a particular frequency in any given time. The higher the frequency the more operations happen in shorter period of time meaning the distance between one wave and another is shorter.

As we raise our frequency of consciousness there will come a moment where the distance between waves is so tiny it starts to overlap with the waves. It will seem like the time has stopped for the waves. However, in reality the waveform has took a 90 degrees turn. Instead of left to right, the wavelength will be measured upward.

Now imagine what this means for consciousness. If the capacity of its operations are equivalent with the rate of the frequency than the moment your consciousness is powerful enough to make a 90 degrees turn you will transcend time itself.

They believed that the doorway to higher consciousness is The Third Eye! Scientists discovered that in the center of our brain we do have a third REAL eye that is stimulated by light exactly like our 2 regular eyes. We call it The Pineal Gland and it has a shape of a pine cone which is an ascension symbol in many civilizations.

If opened and stimulated with high levels of cosmic energy ancient Egyptians believed it can download consciousness from the Cosmos.

Have in mind that your whole being contains your consciousness. It’s in your DNA your molecules and atoms. Knowing this, if the frequency of your consciousness is powerful enough to make a 90 degrees turn we can safely assume that the ascension will have some biological implications. Maybe you really become an immortal light being unbound by time and space.

And how did the ancient Egyptians think to achieve this? Through absorbing Cosmic Energy!

References:
– The Ancient Secret Of The Flower Of Life Vol. 1;
– The Man Who Built A Pyramid In Hos Backyard;