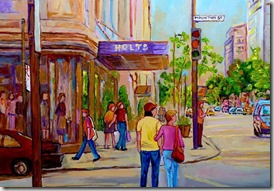 “How will you help me?” the boy asked. “Just come with me I will lend you some money.” The old man replied.

Turning around the corner the old man greeted an old lady who smiled and looked at him like a god. They entered the building but the old man stopped right in front of small piece of cardboard box full of money.

“Welcome to my castle my friend” the old man said. The boy looked around and full of skepticism asked “What is this?”

“I live here, this is my home.” The old main replied.

“Why don’t you believe me?” the old man questioned.

“Because, I don’t know….. you look clean and wealthy and happy, you cannot be homeless.”

“Like I said young man, I am not homeless, this is my home. I look clean because a family who lives in this building offered to take care of my clothes by washing them regularly, and….. as why I am happy….. it’s because I choose to be.” The old man said.

“But you are clean and all dressed up…..” the boy continued.

“Well yes, I love being clean and I love this style, I look like an English man, don’t I? the old man laughed. “I take care of my hygiene at the gym down the street, they offered me to use their showers every day before they open, so I do. This coat, this jeans, this shirt, they belonged to my father and this glasses, they were my son’s.”

“Where is your family?” the boy asked.

The old man took a deep breath and sat on the stairs. “My parents are dead. They passed away a long time ago. My father was the greatest man I’ve ever met, very wise. He was an accountant from England. My mother was the strongest woman I’ve ever knew. She was a waitress at a bar. They had beautiful marriage full of love, it was a privilege being raised by them. I tried to create a family as beautiful as they did but I thought I needed money for that. I knew that money doesn’t make you happy but sure as hell they open a lot of doors. I had a job and I worked as much as I could to make as much money as possible.” The old man looked at the boy.

“Please sit” he offered a place on the stairs. The young man sat and continued to listen to the old man.

“I was raised to have whatever I wanted. I always looked at my father like he was a superhero who granted wishes. When I wanted to play a game my father would take it to the next level, he would create a whole scenario for me to play with. He would turn the lights off telling me that we’ll play a game where aliens took over the world. I would fight them with magical swords and sleep the whole night hugged between him and my mother just so the aliens don’t get me. I was invincible there. If I wanted a tree house I just needed to tell him, and the next day I had one. Whatever toy I wanted my father would get it for me. I had a childhood filled with wonder. Any kid would’ve killed to have my father as a dad.” The old man laughed.

“I wanted my children to live a happy life, as I did. All I wanted was to make my family happy. But, they never looked at me as I looked at my father. When I realized that, it was already too late, my wife had a lover and she left me. My kids grew up and they also left me. You may find that strange, but back then, I wasn’t the man that I am now. I was angry, hateful, I was mad to the world because I was feeling unappreciated. I thought that everybody wants to harm me in a way. I thought that you need to be rich and powerful to be respected. The day the old me died was the day when I found my father’s diary. What I’ve read there turned my life upside-down.” 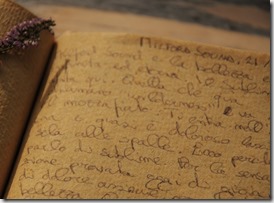 “What did you read in your father’s diary?” asked the boy looking at the old man straight in his eyes.

“It turns out that my family never had enough money to even pay the bills. When we played “aliens took over the world” the electricity was actually shut down because they didn’t have enough money to pay the electricity bills. The swords I played with were actually sticks my father reshaped as well as every other toy I desired. He took boards of wood from his bed and wardrobe so he can build my tree house.”

“You were poor and you never knew?!” the boy asked.

“I never knew and how could have I. My father was always smiling, he was kind and happy, my mother was always gentle and loving even though sometimes she went to bed hungry just so I can eat my dinner. My father wrote every day before he went to sleep and reading his struggles put me on my knees crying like a baby. But reading his diary I’ve also learned something else, I was the richest kid in the world. Maybe we didn’t have a lot of money, hell we didn’t have enough money to pay the electricity bills, but me, my father, my mother, we always went to bed happy and it was because they choose to. They lived a tough life but that didn’t decide for them if they’ll be happy or not, they just did because being happy was their choice. I realized that there is nothing outside of you that can make you as happy as you’ll find inside yourself to be. Happiness is not a product of something, happiness is a choice and no matter what happens you can choose to be happy because….. well you can. That’s all we were ever able to control, who we are, who we choose to be. Since that day I choose to live the rest of my life trying to become even a quarter of the man my father was because no money can buy the wealth my father had. I sold my apartment and gave everything I had on charity. I moved at the bottom of my building and I made this my home. No matter how much doors money can open at the end of the day it’s about opening that door that makes you feel invincible, between the love of your mother and father. At the end of the day it’s about having the key to get home and home is where your heart is.”

“But how can you help me when you don’t even have money for yourself?” the boy asked.

“I have money for another “English Breakfast” with black coffee. I will set aside enough for lunch and dinner and the money I’ll make from sharing happiness on this piece of cardboard today will be enough for tomorrow. I have 29 dollars to spare and I’ll give them to you. I know they won’t pay your rent and they are not even close to how much you need for your scholarship, but that’s as much as I can help buddy.” The old man said giving the boy 29 dollars from the money-box.

The boy kept looking at the man while tears were rolling from his eyes. The old man looked at the boy with his gentle smile and taped him on the shoulder “Everything happens for a reason buddy. Being robbed may be the best thing that happened to you, who knows.” 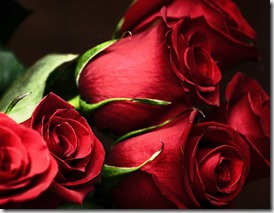 The young man refused to take the money but the old man insisted. The boy took the money and went home to his girl. Instead of saving the money he bought beautiful red roses and surprised his girlfriend with them. That resulted with them making love and the girl becoming pregnant.

The boy quitted his job and went on an interview for a better one to be able to support his family, and guess what, after his second try he got a great one.

Just a year after his conversation with the old man, the boy owned his first house and was a father to a beautiful boy.

When he returned to thank the old man for changing his life he was unable to find him.

All he found was the money-box, which was overflowing with dollars nobody tried to steal and his piece of cardboard with a message written on it.

“Even a simple smile can create a better world. Choose to be happy because….. well you can”