One day, somewhere across the mountains of Tibet, a plane crashed. Only one man and one woman survived the crash. The man lost his voice. 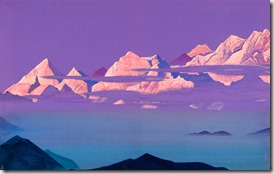 Days by days gone by and no one came to check if there were any survivors. There was little food and water from the other passengers.

After a couple of days the food was almost gone and the man was very weak. He didn’t want the woman to starve so he decided to search for food letting her eat the rest of it.

While he wandered around searching for food the man saw a group of Buddhist Monks walking near him.

Trying to shout for help he fell on his knees and started waving with his hands. His voice was completely gone. 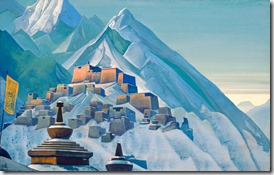 One of the Monks saw him. They took the man and the woman to the secret Buddhist Monastery where they lived.

A couple of days passed and the man was feeling better. He ate, he drank clean water, he washed himself under the waterfall but one thing stayed the same; he never got his speech back.

Having no one to return to, the man decided to stay at the Monastery. The woman wanted to leave but the Master of the monks told her that she cannot go alone.

“We go to the city every month. Wait 1 month and then you can go, if you leave now, alone, you will lose everything” he said.

She wanted to leave at first but when she remembered the horrors both her and the man faced when they were lost across the mountains she agreed to wait for one month.

“Alright, I’ll stay.” She said. “One more thing though. Why don’t you send someone to guide me along the road, now? I appreciate all you did for us but why do I have to wait a whole month?” 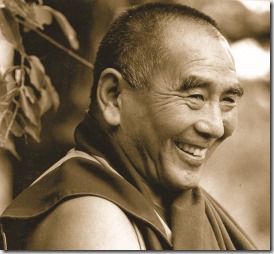 “You don’t have to wait. But you will.” said The Master.

The woman didn’t understand what he meant. She didn’t want to cause any trouble or drama because of the respect she had for the people who saved them.

Both the woman and the man stayed. They were happy there. The place was peaceful, beautiful and there was more than enough food for everybody.

Through the time they spent there they grew very fond of each other. The woman loved the man but she was scared to tell him.

Whenever the man returned from teachings, she would prepare a delicious dinner. She told a lot of stories about her past, plans she had for her future. She was a very funny person, even she laughed at her own jokes.

The man would spend hours just listening to her and smiling. However, the man was unable to say even a word to her since he met her. He lost his voice after the crash.

As the days gone by, the woman ran out of things to say. Their conversation became smaller and smaller and in the last couple of days they would just sit and look at each other without saying a word. In a blink of an eye a month has passed. The woman was getting ready to leave but her heart was breaking whenever she thought of leaving the man. 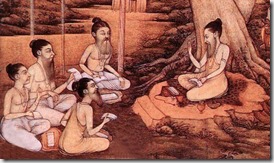 The day before she was about to leave, The Master gathered all of his students along with The Woman and The Man. “I want you all to turn to the person next to your right and tell them something beautiful, how much you love them” The Master said. Everyone turned to their right and started laughing while saying beautiful things to each other. The woman turned to her right and she looked the man in his eyes. “I love you” she said with her whole heart, even despite the fact neither she nor the man were playing. The man was unable to speak so he just smiled looking the woman straight in her eyes. “Now, I want you to say something hurtful to each other” The Master shouted. The woman and the man looked strange at him. His students started saying hurtful things to each other and soon enough, the kind and calm conversation they had turned out into a loud shouting and screaming fight. “Quiet!” The Master shouted and all of the students calmed down. “Why do we shout in anger?” The Master calmly asked his students. After some time of thinking one of the students said “Because we lose our calm.” “But why do we shout when the other person is next to us. We can as well tell them what we have to say in a soft manner. Why do we shout in anger?” The students gave some answers but The Master always persisted with asking his question “Why do we shout in anger?” Finally The Master explained, “When two people are angry at each other, their hearts distance a lot. To cover that distance they must shout to be able to hear each other. The angrier they are, the stronger they will have to shout to hear each other to cover that great distance. What happens when two people fall in love? They don't shout at each other but talk softly, because their hearts are very close. The distance between them is either nonexistent or very small...” The Master continued, “When they love each other even more, what happens? They do not speak, only whisper and they get even closer to each other in their love. Finally they need not even whisper, they only look at each other and that's all. That is how close two people are when they love each other. Neither voice nor ears are needed to understand the language of love.” The Master finished and smiled as he looked at the man and the woman.

,The Master said looking at the woman. When the woman turned to the man he was looking straight in her eyes with tears in his. The look said “I love you, you crazy girl. I loved you since the day we crashed. I thanked god every day for the crash because I met you. I loved you since the first hug you gave me while we kept warm each other on those scary cold nights and I am afraid you leaving will take all the warmth from me. These monks haven’t saved me, you saved me. I love all of you, all of your stories and plans and I would die to be a part of them. I love you as I’ve never loved another woman. I love you with all my heart.” The woman heard all of that with her heart. She grabbed his face with both of her hands and said “shut up and kiss me”. The Master smiled while looking at them kissing. Then he stood up and dismissed the class. He approached the man and the woman who were holding hands. 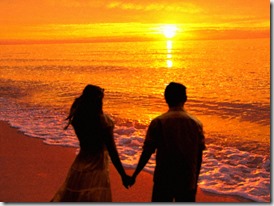 “Since you came here I saw the way you looked at each other. Leaving this place would have left you both empty for the rest of your life. That’s even worse than death. That’s why I made you stay. That’s why your hearts made you stay. As from now on, you are free to leave whenever you want, the city is just a mile down the road” The Master smiled and left. The next day both, the man and the woman thanked The Master with all of their hearts and left The Buddhist Monastery. They Lived Happily Ever After.