Bruce Lee was born in Chinatown, San Francisco on Wednesday, 27 November 1940. As a young kid he was acting in a couple of movies and at the age of 13 he began studying martial arts and training Wing Chun under the legendary teacher Yip Man. Through his life he acted in various movies and TV Shows but his real pop icon fame came at his early 30’s through the production of his martial art films like “The Big Boss” (1971), “Fist of Fury” (1972) and “Way of the Dragon” (1972).

However, his greatest achievements had nothing to do with the movie industry. Lee’s legacy was founded through his personal martial arts philosophy he called “Jeet Kune Do” – The Way of The Intercepting Fist – 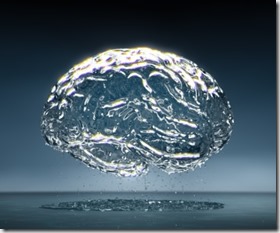 As you probably realize by now he doesn’t mean to be literally water, but still, what does he really mean with this quote? Let’s examine water for a bit and maybe we’ll come to an understanding.

Being one of the four essential elements of life, Water has its own character. This element is associated with The Mental Pillar and its most famous power comes from persistence.

Water is calm, still and its shape becomes as the shape of the object it is in. However, water never changes its form; no matter if it is in a cup, an aquarium or a hole in the ground water is always water no matter what shape it is taking on.

If Water is a superhero than its superpower would be endurance. No matter how much time passes Water will wait, and wait, and wait until an opportunity opens a door.

Water will do small things, unnoticeable things which will seem insignificant at the moment but when time passes those things will create an outcome with an unstoppable power.

If you don’t believe it just imagine making a hole with a head of a needle into a dam. As long as the hole is larger than Water’s molecules, water will start grinding the hole until the whole dam breaks creating a disaster unimaginable for a needle-hole to cause. 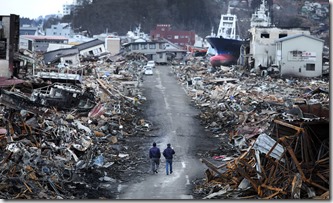 Because of its constant repetitive action, water creates the power we humans use as electricity.

Water can stay still for eternity preserving its potential power but when an opportunity shows, water can be one of the most destructive things on Earth. Just look what a Tsunami can do.

Water’s desire to fulfill its purpose cannot be stopped if it is locked in a box or isolated in a glass, it will wait for an opportunity without changing its form until a “door opens” or it vaporizes.

But even changing its form doesn’t stop water to fulfill its purpose as eventually it will became water again falling on Earth and continuing its flow.

It is these characteristics of water – the adaptability, the persistency and the endurance – that inspired Bruce Lee to say “Be water, my friend”. 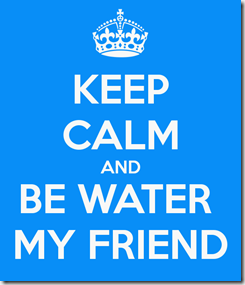 In other words he is saying to be adaptable; to be able to adapt to our environment but without changing our form; without changing The Essence of Who We Really Are no matter where we find ourselves at.

The other thing is to be persistent. To do what makes us better no matter how small of a change we make at the moment because when time passes, all those small changes will merge creating something more than what we could’ve possibly imagined.